Since the events of the last few days, folks, we’ve noticed a real ramping up of abuse on social media from what one might call the small-L “loyalist” cult wing of the SNP. Like this delightful dude, for example. 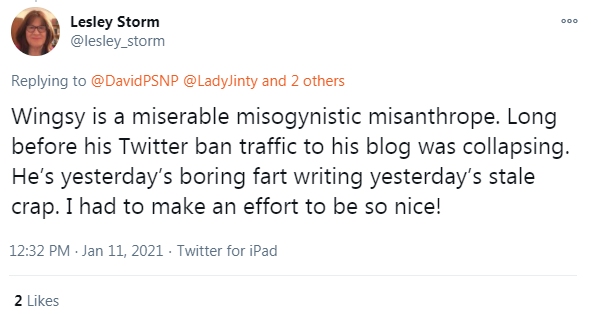 Alarmed at the news our traffic was “collapsing”, we thought we’d check to see if the situation was beyond saving. 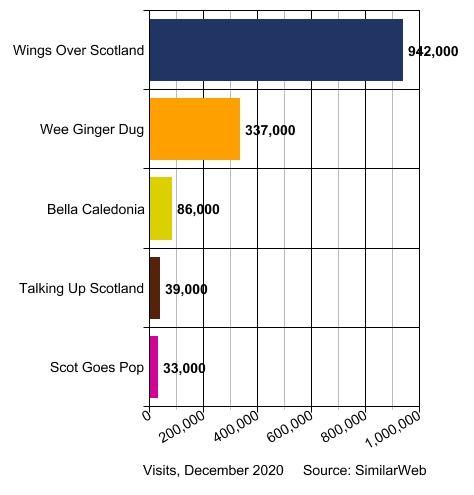 Oh. That doesn’t seem too bad tbh. Certainly moving in the right direction over the last three times we’ve bothered to check the stats. We’ll try not to panic. 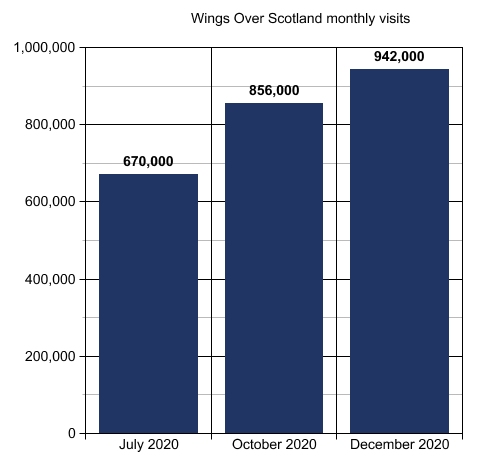 PS while we’re on the subject of abuse, we couldn’t help a wee chuckle here: 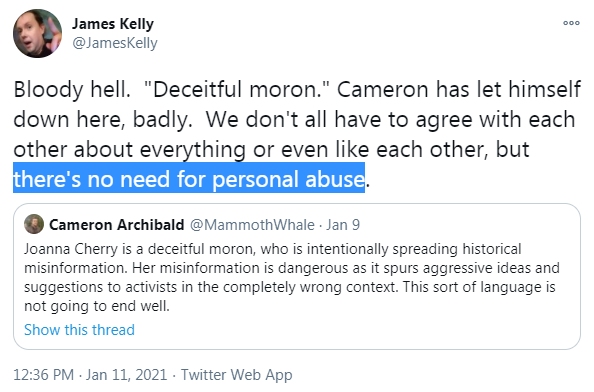 We don’t mind telling you, that did seem a little bit rich coming from the guy who called us all these things in the last week alone:

Now, full disclosure – I did call James a c*nt last week, with much justification, but then I’m not the one issuing pious declarations that personal abuse is intolerable. I have no problem with grown-ups calling each other names once in a while as long as nobody gets shot.

(And as for “creepy obsession”, Scot Goes Pop has run 33 articles attacking myself and/or Wings in similar sorts of terms in the past 18 months or so, whereas we’ve written ONE about him. Which by coincidence is a ratio remarkably close to the 29:1 by which Wings’ readership outstripped SGP’s last month.)

It’s almost as spectacularly hypocritical as the scumbag he was complaining about: 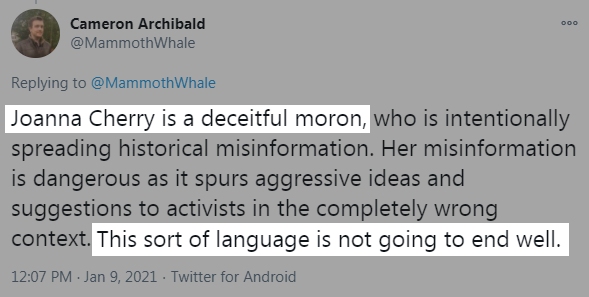 But anyway, we’ll leave the deranged personal rants to others and keep writing interesting articles about Scottish politics that people clearly want to read.

Perhaps that’s because curiously, nobody else is doing it. Despite the enormous magnitude of the stories that have broken about the Salmond/Sturgeon schism in the last few days and their potentially massive impact on the Yes movement, almost none of the other pro-indy Scottish politics blogs have written a single word about them. (Go and check for yourself.)

It’s most peculiar. Maybe they’re hoping – as we’re sure they are with Wings – that if they just shut their eyes and wish hard enough, it’ll all go away. But it’s not, readers, and neither are we. See you for more actual Scottish political reporting tomorrow.