One of the dumber things we see regularly posted on social media is that Yes voices should stop criticising the First Minister because her leadership is the only reason Yes is now consistently ahead in the polls and we would have no chance of winning a new referendum with someone else in charge.

This is obviously nonsense, because Nicola Sturgeon was SNP leader and FM for five years in which support moved barely a single millimetre, until COVID-19 came along. Our current lead is due entirely to a tiny invisible virus and a giant Etonian buffoon. 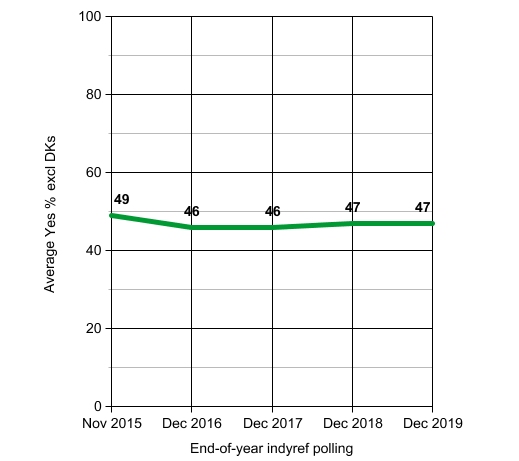 But you know us, readers – we like to check.

So last week’s Panelbase poll which put Yes in the lead by 56-44 also had a couple of questions from us in it, including this one: 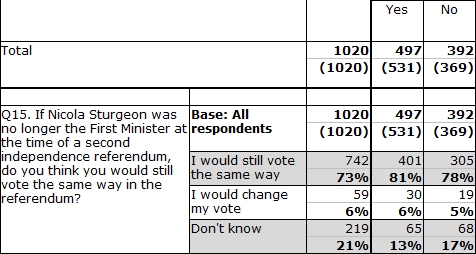 And as you can see, what it found was that the replacement of Sturgeon as FM would as far as can be reasonably ascertained make absolutely no difference to the outcome of a second independence referendum.

To be quite honest, the fact that over a quarter of Scots are willing to at least consider changing their view one way or the other on the entire future of the country over their opinion of a single individual politician is one that disturbs us greatly.

But then, as we already knew, the exact same proportion of Scots – 27% – thinks the Sun sometimes revolves around the Earth, so we suppose we shouldn’t be surprised to confirm again that Scotland is a country of at least a million bloody idiots.