On 18 September 2014, Scotland had control over its future. Scots could choose their own path, or continue to have decisions imposed upon them. Those of us supporting the former came close but not close enough. As a result, Scotland exited the EU against its will, is once more under the heel of a right-wing government and now finds its Parliament under attack from London. 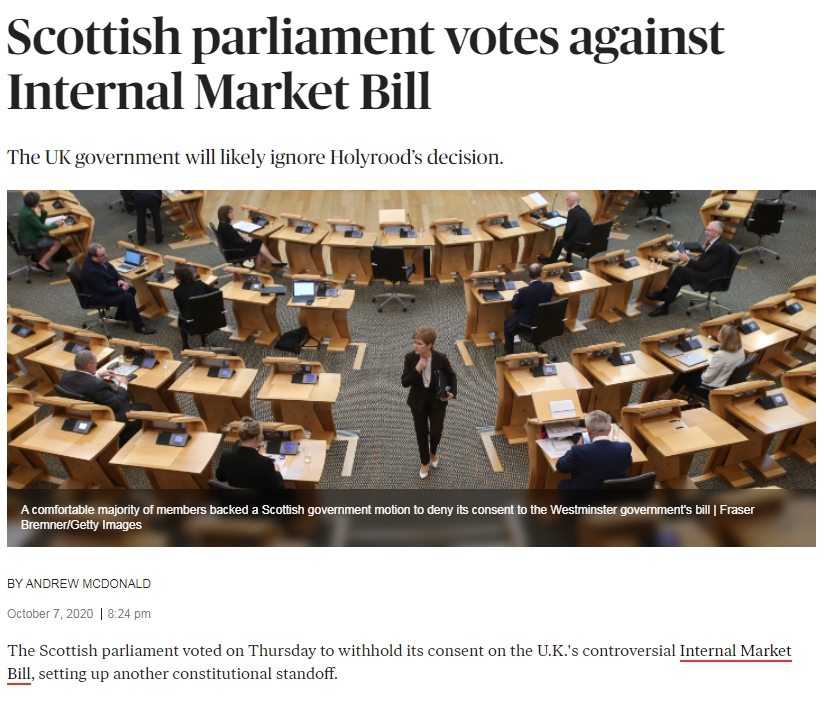 Yet the dream has never died and demands for the right to choose our own destiny are growing. Scotland needs to be in the position it held on 18 September 2014, when power lay with its people. It’s their democratic right to decide, so why would you ever cede that power?

Yet tragically that’s what’s being done.

The decision by the current SNP leadership that a referendum could only be held under the auspices of a Section 30 order moved power from Scotland’s democratically elected representatives to a Tory government that Scots had comprehensively rejected. Irrespective of how great the mandate in Scotland or how perverse the objections may be from Westminster, a vote couldn’t proceed without their say so.

That’s simply unacceptable, and thankfully is being challenged by some in court and by many more across the Yes movement. But other actions are occurring that are again in danger of ceding the power that the people of Scotland should possess.

Firstly, there’s the failure to prepare a Plan B for the coming election. It appears that there’s neither to be a debate at conference, as Angus McNeill and Chris McEleny have sought, nor even scenarios gamed, as Joanna Cherry has suggested.

The result of that is simply to continue with what’s dubbed the Boris Veto. No matter how successful the SNP are in the Holyrood election, then it’s not their right but his whim that’ll decide. Power that should rest with the Scottish people’s elected representatives has instead been given to those undermining the Scottish Parliament and damaging Scottish society and its economy.

Of course, it’s assumed by the SNP leadership that Boris will blink or be shamed, or somehow forced to concede a vote. Maybe he will, but what if he doesn’t? 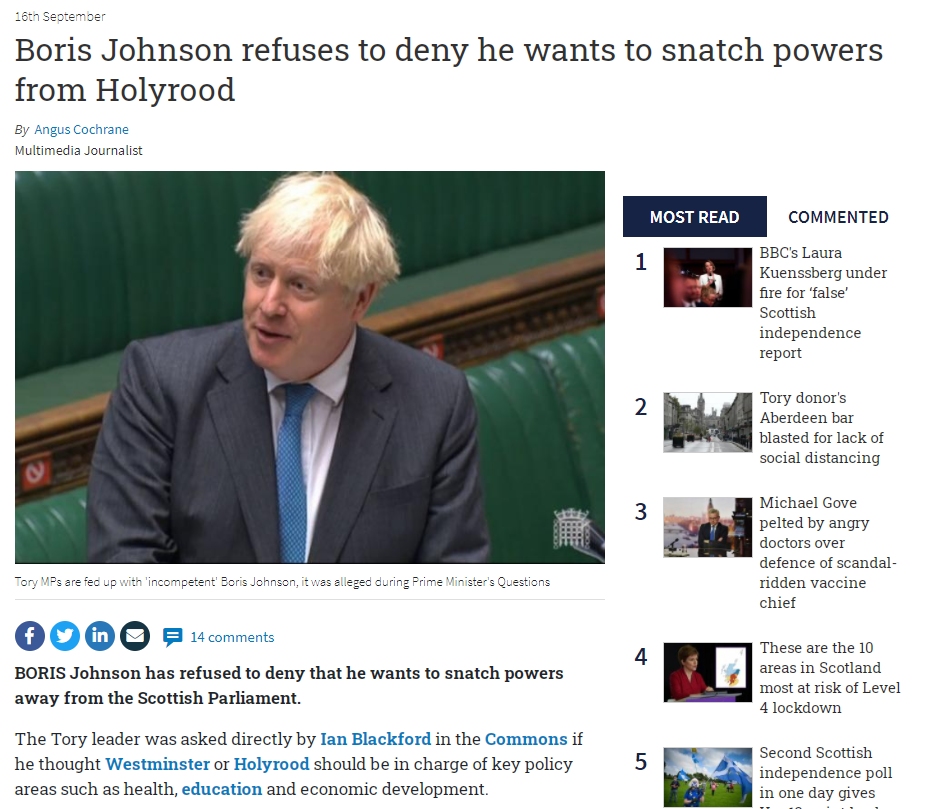 In the latter case the challenges that Scotland and the Scots have endured so far will be like nothing as the calamitous effects of Brexit and the imposition of super-austerity take hold. What then? Yet more outrage to be expressed, yet another National Assembly to be convened? That’ll scare him? Meanwhile the fear is that hope and faith in the possibility of change is already extinguished in many.

But suppose the Tories do accede to a referendum? It’s certainly a possibility, if we believe comments from Michael Gove and John Major. But if a referendum’s only to proceed under a S30 order, then as with whether there’s to be one at all, power over its timing and criteria are ceded to Westminster.

Those of us who’ve been in the movement long before 2014 and even before the establishment of the Scottish Parliament 21 years ago well remember the chicanery of 1979 and the 40% rule – a referendum that the SNP were obliged to fight knowing that the dead were already in the No camp.

Who’s to say that such mendacious trickery won’t be imposed once again? Both Gove and Major referred to conditions significantly different to those the Scottish people agreed to participate under in 2014, and designed to ensure defeat from the outset.

The idea that there’ll be a referendum in autumn 2021 seems as fanciful as when it was argued one would take place this year. The rhetoric denies the reality, which is why it’s rumored that SNP special advisors have already been reining in its mention.

With no mandate to proceed without a Section 30, then discussions are needed. Even if willing, the practicalities are that by the time a new Scottish Government is formed and negotiations begin the ability to contest a referendum in the remaining seven months of the year will have passed. That’s even before discussions with the Electoral Commission are entered. Westminster will decide when they’re prepared to allow one. Power that rightly belongs to the Scottish people will again have been ceded.

If the Tories say “you can have it but only on these terms”, then just as in 1979 the pressure to contest despite the foreknowledge of entrapment would be severe, if not irresistible. “You’ve got your referendum, now stop whimpering about the small print and get on with it”, will be the cry.

The SNP response is to shelter behind existing legislation and past precedent. But when has that ever proved a deterrent to this Tory government, let alone when their precious union’s at stake?

Scotland’s future is always the Scottish people’s to decide. That is a principle we must never surrender.