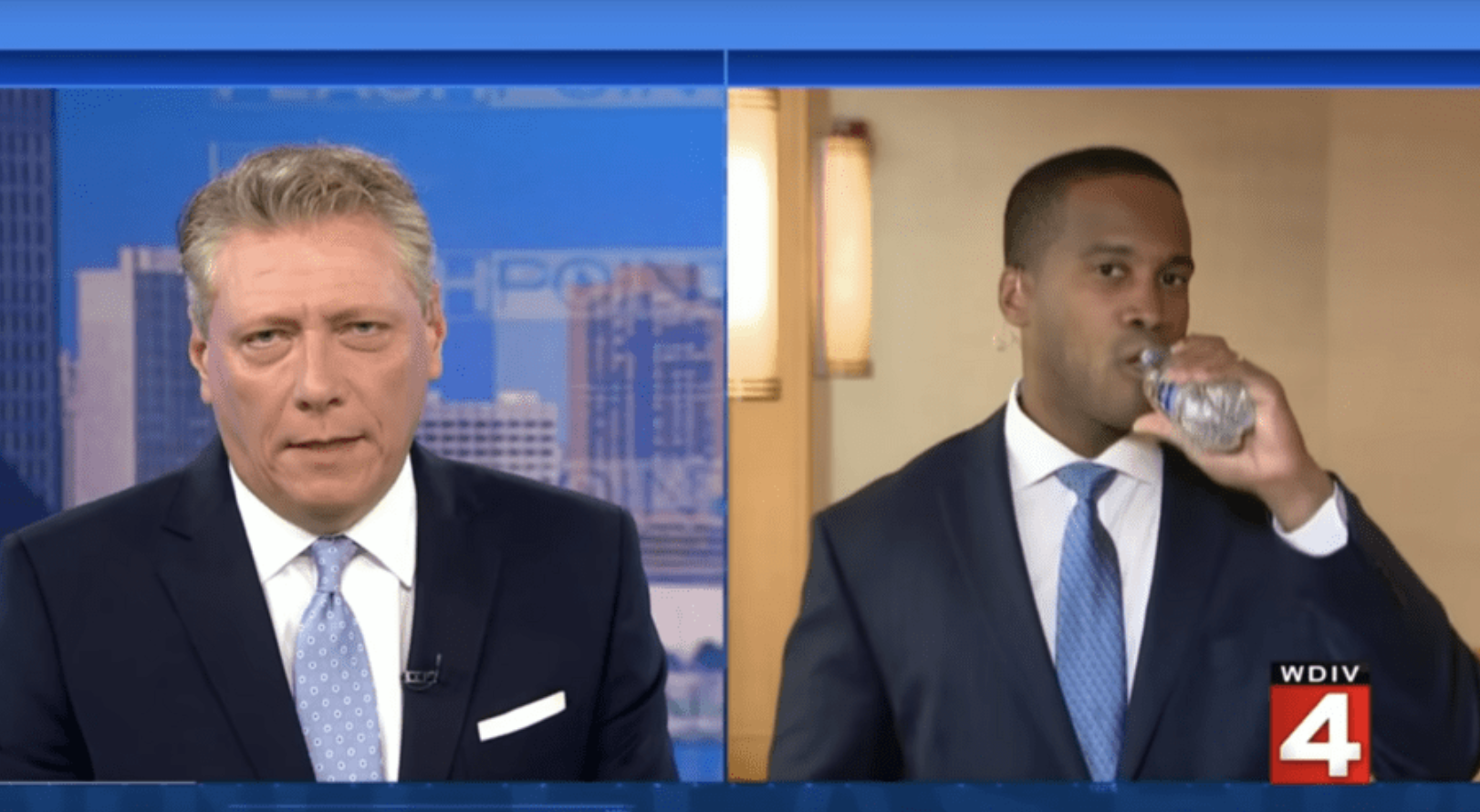 Unable to agree upon terms for a debate, U.S. Sen. Gary Peters of Michigan and Republican challenger John James agreed to go on Local 4 WDIV and be separately interviewed by WDIV’s Devin Scillian about their positions and policies. Both men were given about 20 minutes of interview time and both were asked the same set of questions. The first question they were asked, and also one of the top issues for voters this election cycle, was about health care, and their ideas about what to do regarding rising insurance and drug costs.

Scillian brought up that James has given a lot of lip service and spent a lot of television ad money claiming that he wants to protect people with preexisting conditions. At the same time, James has called for the repeal of the ACA. James very quickly jumped in to say, “Repeal and what, David? Repeal and what?” Careful what you wish for, Mr. James. Scillian very calmly says: “Well, that’s what I’m going to ask you. What will you replace it with? The Republicans have had 10 years to show us a new healthcare plan to replace it with. The president has promised one time and time again. Time and time again, it doesn’t come. And I don’t see a full healthcare plan on your website.”

James very quickly attacked Peters for having a “gold-plated” healthcare plan that the public doesn’t have access to. This is true, of course; legislators and everyone serving in Congress has universal health care. But Peters isn’t trying to repeal the ACA. He wants to make it more universal. James then confusingly goes through all of the problems with healthcare insurance costs and rising deductibles before saying that he has a business where he continues to pay premiums for his employees with preexisting conditions.

This is a good thing that he’s doing. Of course, that doesn’t answer the first or the second or the third question being asked here. James ends this whirling dervish of a statement by saying: “I believe fair is fair, and I believe that people need to have choices. And they need to make their own choices, and not the federal government insurance [sic] companies.”

The fact that Scillian continues to keep a calm and collected cadence through this is truly remarkable, in my opinion. Clearly seeing that James is not going to answer the question stated that way, Scillian decides to remind James of what he said the last time the two men talked about health insurance.

DAVIN SCILLIAN: The last time you were on this program, I asked you what kind of healthcare model there should be, and you said it should be sort of like the way that people have a house or they have a car. That stuck with me, because that would suggest that not everybody should be entitled to the same kind of health care. Is that correct?

Ruh roh again. James, in what can only be called the slipperiest of car salesman styles, begins by saying, “What I meant by that,” and then quickly switching into, “And thank you for asking for clarification, Devin, I appreciate that.” He goes on to ramble about people “being able to make your own choice.” This, of course, is the old “You can have a Bugatti Chiron if you want to [mumbling]; I”ll just need to see $2,990,000 first.”

Unfortunately for James, his personal experiences with preexisting conditions do not replace the fact that he clearly has zero ideas for policies that would replace the insurance he claims to want to fix. This makes him either stupid or nakedly dishonest. And if he is willing to ignore the realities of having a child with preexisting conditions and for people who don’t have a successful financial business, then that would mean something even worse about James’ character. And I don’t think he’s stupid.

Republished with permission from Daily Kos.