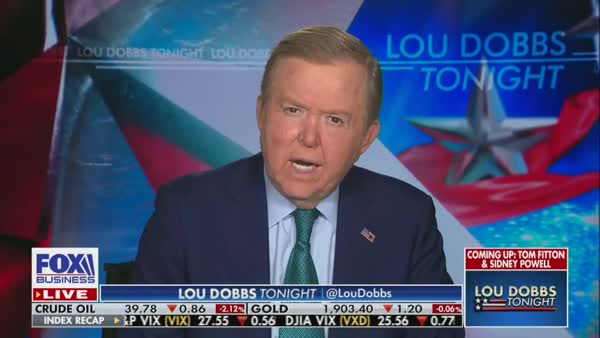 This is pretty rich stuff, almost comedy, really. Lindsey Graham, along with Ted Cruz, the brownnoser par excellence of the GOP who has bent over backwards in support of Trump after once calling him “a race-baiting bigot” who would destroy the Republican Party.

Fox Business’ Lou Dobbs raged against Senator Lindsey Graham Friday and asked why anyone in South Carolina would vote for him.

Graham is, of course, up for reelection in less than two weeks, running against Jaime Harrison in a race that has gotten tons of national attention and led to Graham making multiple fundraising pleas on Fox News saying he’s being out-raised by his opponent.

Dobbs blasted Graham Friday because he’s “not subpoenaing the left-wing heads of the censorships Twitter and Facebook until after the election.”

“I don’t know why anyone in the great state of South Carolina would ever vote for Lindsey Graham. It’s just outrageous. This is the guy who keeps saying, ‘Stay tuned.’ He said he would get to the bottom of Obamagate with the judiciary committee, which has been a year and a half, actually longer, of absolute inert response to these pressing issues of our day.”

I didn’t have Lou Dobbs endorsing @harrisonjaime on my 2020 hellscape bingo card, but here we are