Last night on social media a few people raised a semi-interested eyebrow at Scotland On Sunday’s front-page, and wondered if the suspiciously unattributed lead story might be something balanced and worthwhile, or if it’d be by Dani Garavelli again. 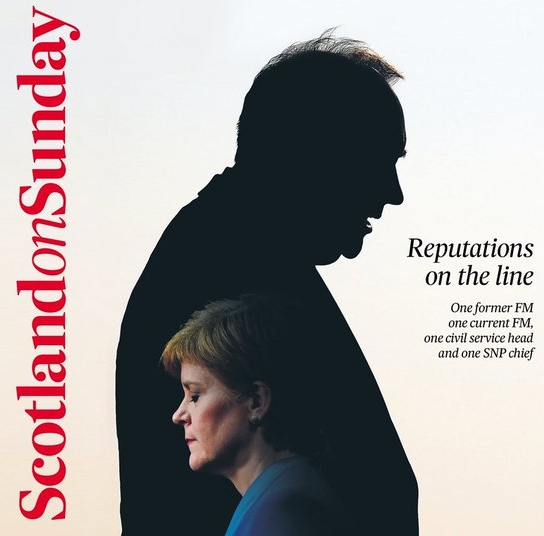 We have sad news to relate.

It is, of course, Garavelli again, and it has all the painstaking commitment to fairness and accuracy that we’ve come to expect of her.

It only takes five paragraphs to come up with the first outright lie:

Alex Salmond hasn’t refused to hand over a SINGLE document that the committee has asked for. His sole intervention was to remind the Scottish Government not to commit contempt of court by submitting a document that the inquiry had NOT asked for and which had been expressly banned by Lord Pentland from being made public after the judicial inquiry into the Scottish Government’s botched investigation. 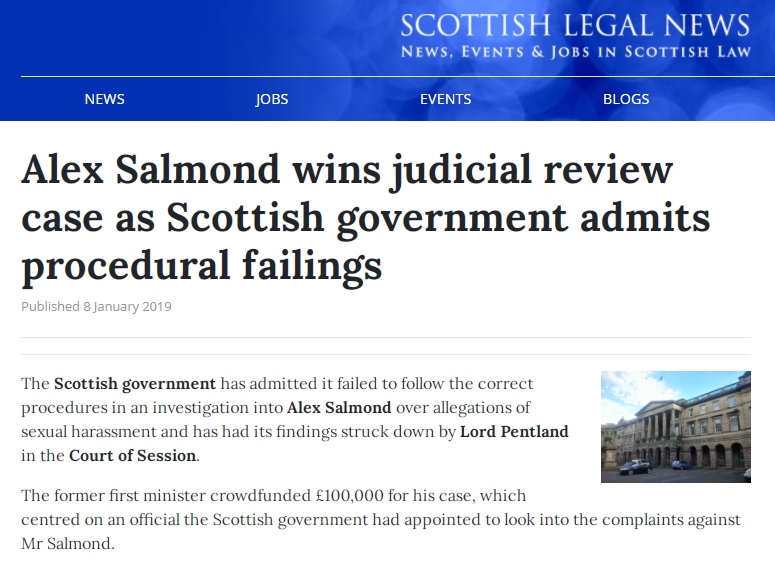 Nor has Salmond “allegedly” “leaked” anything to the press. This too is a simple lie. The only leak that’s come from anyone but the Scottish Government was that of some text messages from SNP chief executive Peter Murrell, which were given to SNP MP Kenny MacAskill and who promptly, publicly and quite properly passed them to the appropriate authorities for investigation.

Garavelli continues to lie about the banned documents:

The sole document in question – the biased and unlawful report into the allegations – does not involve “data protection issues”. The issue with it is that a court has ordered it must not be published because it’s biased and unlawful. All Salmond did was remind the Scottish Government of its obligation to obey the order, upon which it immediately leaked his letter to the press as an attempted attack.

(Garavelli oddly appears to believe that Salmond himself, who’s already hundreds of thousands of pounds out of pocket for defending his innocence, ought to foot the bill for forcing the Scottish Government to provide the documents the inquiry DOES want. Readers may recall that she also regarded his partial crowdfunding of his defence in the judicial inquiry as an act of intimidation.) 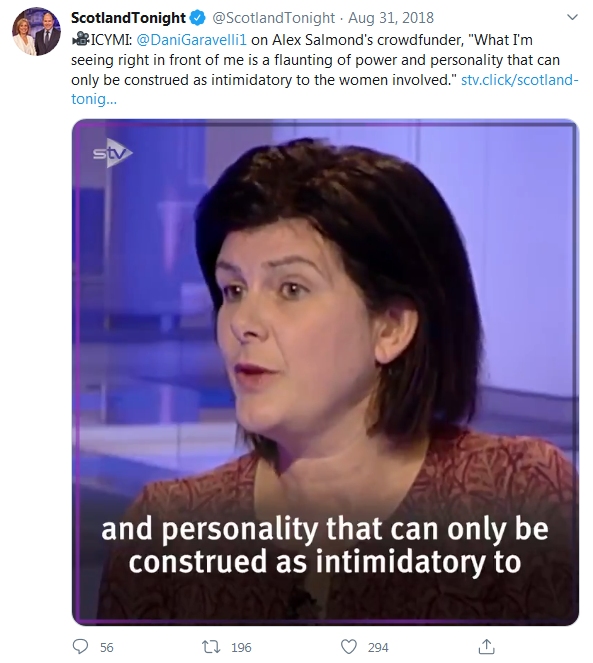 There has certainly been a long catalogue of obstructions and evasions placed in the inquiry’s path, and Garavelli grudgingly reports some of them later in the piece. But the plainly evident truth is that ALL of them have been placed by the Scottish Government.

Alex Salmond, quite understandably, wants everything about the shambolic, malicious, incompetent and disgraceful conspiracy against him revealed after being put through two years of torment and financial ruin despite winning the initial judicial inquiry and then being cleared of any wrongdoing by a judge and jury, and yet still being subject to endless smears and innuendo by a press desperate to portray him as a guilty man who got away with it.

(Probably because they’re all too aware that he can no longer afford to embark on a long string of expensive defamation cases.)

Garavelli’s evident hatred of the former First Minister leaves her pathologically unable to confront that reality, and instead present a bogus “both sides at fault” narrative that will be painfully familiar to observers of Scottish politics since 2011. We only wish that just once the Scottish media would surprise us.