It’s literally carved on the walls of Parliament. 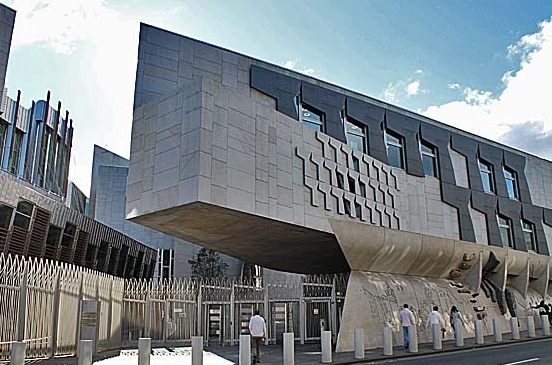 “I ken, when we had a king, and a chancellor and parliament men o’ oor ain, we could aye peeble them wi’ stanes when they were na gude bairns – but naebody’s nails can reach the length o’ Lunnon.” (Sir Walter Scott)

There are those who stay and there are those who leave. Since the 1700s the eyes of the ambitious Scot have looked towards London. Many have made the journey there and, as with Ireland, Scotland’s most precious export has been its people.

But for those of us who have remained in Scotland our eyes are still turned south.

Since the union of Parliaments, all of Scotland’s power and wealth went to Westminster so the wealthy and the powerful, as well as those who sought such things, went there too. With the re-establishment of Holyrood, some powers have come back, but only at the behest and permission of Westminster.

The wealth, however, has stayed there with Scotland only given some limited choice over where to spend what it is apportioned, a pocket money parliament working with one hand tied behind its back and both shoelaces tied together.

The Scots are a more confident people now than in 1997 and one of the reflections of this is the disappearance of the “cringe” associated with the use of Scots language, as demonstrated on the quotes on the Canongate wall of the Parliament building.

But in every other aspect, everything we do, every step we take, is done with that crick of the neck turned towards London, a feeling of just not being as good as them. Nowhere has that been more obvious than in the current attitude of the SNP towards independence and other independence supporters.

Britain is currently facing its worst economic crisis since the Second World War. The combination of Brexit and the chaos from the coronavirus pandemic is combining into a force that will hit the UK like an express train in a few months’ time. In that crisis of mismanagement and incompetence lies an opportunity for Scotland. There has never been a more compelling case for arguing for independence than the current situation we face. 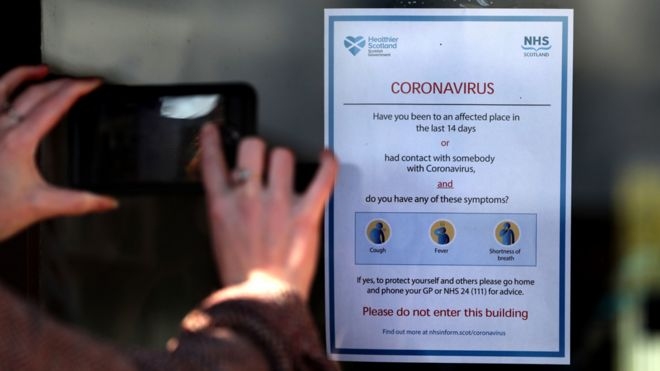 So how is the SNP reacting? They’ve stopped talking about independence. While our people feel the full blast of oafish ineptitude courtesy of Boris Johnson, the SNP seek at every turn to avoid being seen as political, to avoid being accused of taking “advantage” of a situation which has seen thousands dead in Scotland and over 40,000 deaths across the UK.

Instead it is burying its head in legislation like Gender Recognition Act self-ID reform, and when anyone mentions independence we’re told, “Now is not the time” and to provide yet another mandate for independence, which coincidentally involves the SNP winning elections.

We’re told we have to be cautious in case London says no to any steps that we take to secure independence. At a point where the movement has an open goal in front of it, we are deferring to London and simultaneously tearing ourselves apart. It’s dire.

The Independence for Scotland Party (ISP) want to turn our eyes away from London, and back to where they should have been all the time; here in Scotland. The SNP Westminster campaign in 2015 had a picture of tartan benches in the House of Commons even though the SNP has no real place being in the House Of Commons. It’s meant to settle up, not settle in.

But if we can see the importance of removing unionist MPs from the benches in Westminster, why can we not see the importance of it in Holyrood? We need to make Holyrood our own and that means clearing out the rump of unionist supporting MSPs and their accompanying network. It is the oldest British colonial trick in the book; if you wish to rule a people, go and sit amongst them, then divide and rule. The only parties in Holyrood that oppose independence are funded by their London-based headquarters, that’s no coincidence.

As long as Holyrood remains divided betwixt unionists and nationalists, Scotland will be ruled by Westminster. While we squabble over whether Scotland should or shouldn’t be independent Westminster continues to control our wealth and choose where we might exercise our powers. Unite Holyrood on the issue of independence and we will gain the momentum we need to take control of all our powers, all our wealth and choose our own future.

We aim to provide a political home for independence supporters who are not comfortable with the direction the SNP is headed. After the 2014 referendum result, the majority of Yes supporters willingly corralled themselves into the pen of the SNP, but six years on and we’re no closer to independence.

Even when the Brexit vote happened and Scotland looked to be dragged out of the EU against our will, all of the focus from the SNP was on stopping Brexit, not on independence. It meant it was too easy for the movement to be targeted and side-tracked and we are now seeing the results of that in the inability, or unwillingness, of the SNP to move forward.

Indeed, according to the First Minister’s own promises we should have had a second vote by now. Late 2018 or early 2019 is what we were told – before or just after we left the EU was, she said, essential to show Scotland wanted to choose a different path. 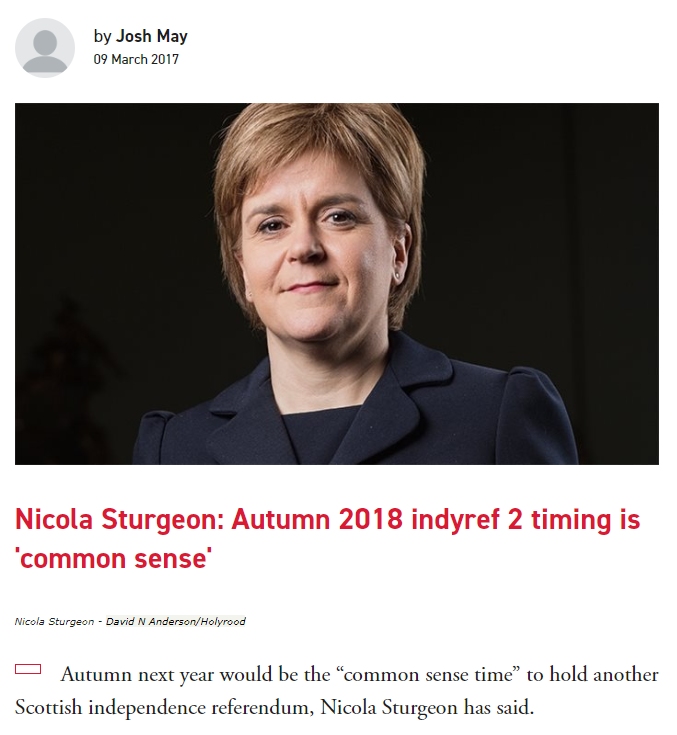 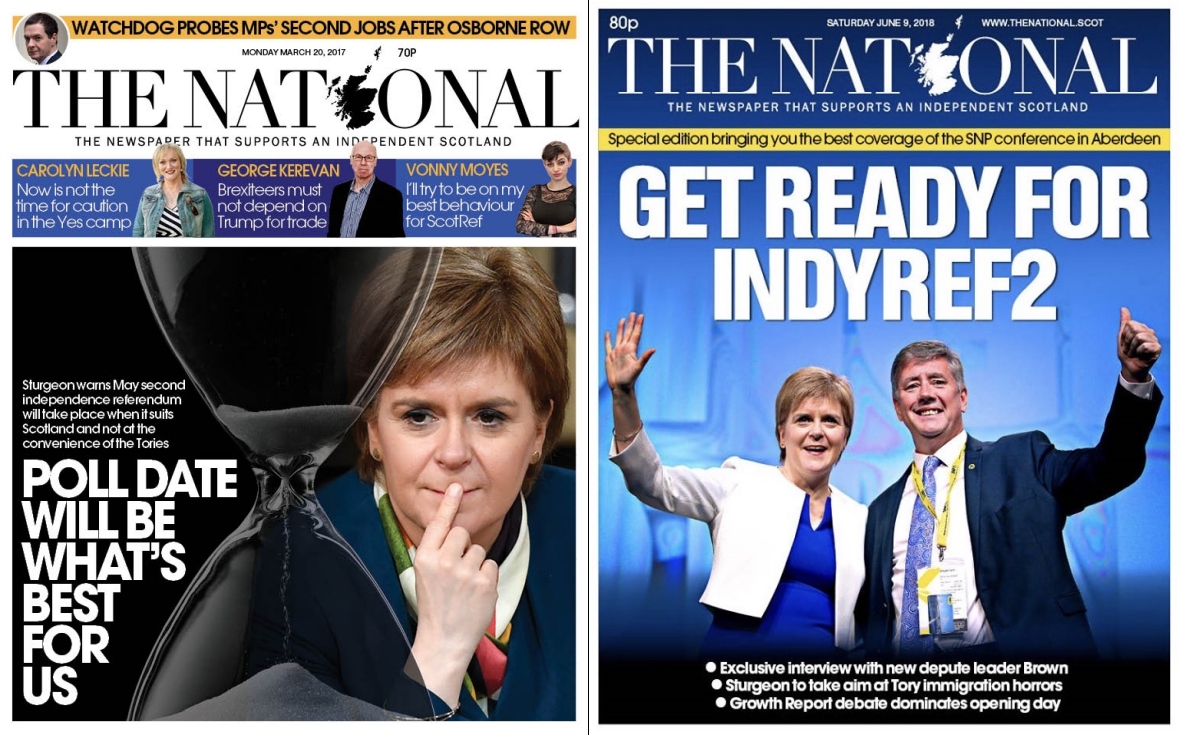 But Theresa May said “now is not the time” and that was simply accepted instead of being challenged. And now Boris Johnson says the same, and once again Scotland shuffles meekly back to its kennel.

Some have accused us of splitting the independence movement, but that’s not the case. This is actually a long overdue and necessary regrouping of the independence movement. We are too big and too diverse a group of people to fit into one party. Some of us do have a different view on self ID, or economics, or education. We don’t need to fall out about it. The one and only thing we do all need to agree on is that Scotland should be an independent nation again.

The SNP needs to grow up as a party and understand that they do not hold the monopoly on independence, or any other policy for that matter, and that diversity in opinion and in the movement is a healthy thing. Independence supporters who hold different views from the SNP are not second class Yessers.

Having another party increases the political flexibility of the movement and it keeps us all honest. For far too long the SNP has been the only show in town for independence supporters, making it all too easy for Westminster and the media to directly equate support for the party with support for independence.

The loss of seats in the Westminster 2017 election was used to deny the strength of support for self-governance, while an increase in seats in 2019 was ignored by Westminster. Yet again a Section 30 order was requested, yet again it was denied, and yet again the SNP did nothing but accept it and say that Westminster would back down eventually.

We have news for you all: Westminster won’t back down. Ever. Especially when they think Scotland will choose independence. Yet SNP say a plan B isn’t what we need, we just need to give them yet another mandate with a majority at Holyrood, a parliament with a system specifically designed to avoid any one party having a majority. 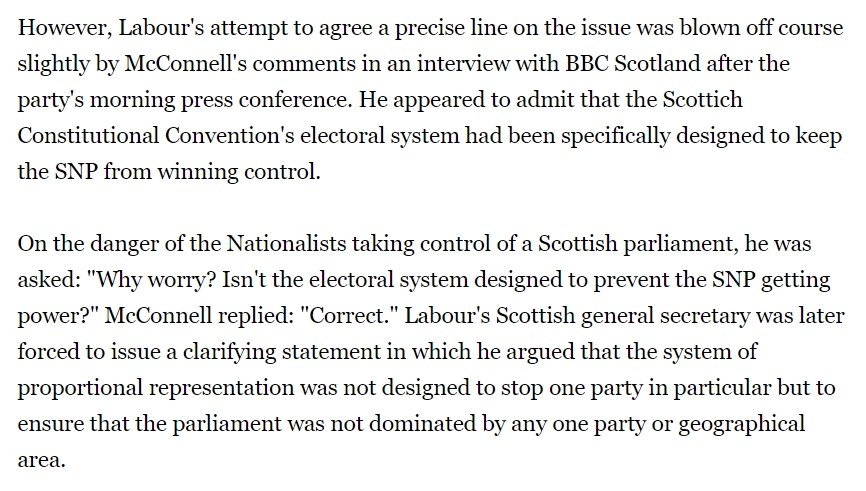 Well, a little healthy competition does no harm – it could both increase the number of pro-indy MSPs and act as a spur in what is meant to be our main reason for existing; pushing the case for an independent Scotland.

We need to lose our fear, shed the cringe, stand tall and proud. Here’s the truth. Whatever we choose to do to gain independence, London is going to say no to it. That’s a given. Why then, should this stop us from acting? We need to defy them to say no. London is not the only player in this game.

We need to see ourselves in the eyes of our fellow Europeans who view Scotland as the country with some of the biggest oil and gas reserves in Europe and the greatest potential for green energy. We are vitally important to the future of Europe and the Europeans know it; why do we not understand that that is the key to our freedom?

We are not naïve. We are not ignorant of international law or of the UK’s position as a permanent member of the UN security Council. But neither are we of the opinion that Scotland is powerless to act without Westminster’s permission. Give us your vote and we will push this, from the minute we enter Holyrood to the minute Scotland gains its independence.

We will not be silent. We will be the voice of the Yes groups, the advocates of the unheard and the reminder to the SNP that their purpose is not to rule a devolved government forever on the back of pro-independence votes but to use their power at Holyrood to get independence for Scotland.

If we do not decide our course as a nation now, Westminster will decide that course for us. The answer lies, as it always has, with Scotland and the Scottish people. Let us take our own fate in our own hands and act while we still can. Because if we do not act soon, we may not get the chance again.

Soapbox is a weekend column designed to provoke debate on (usually) non-party-political issues. The opinions expressed are not necessarily those of Wings Over Scotland, except when we write them ourselves, obviously.

If you’d like to contribute a Soapbox piece (ideally 800-1500 words), send it to us via our Contact page, INCLUDING THE WORD ‘SOAPBOX’ IN THE SUBJECT LINE.