We were rummaging around semi-aimlessly in the vaults last night, readers, and we were rather startled to come across this: 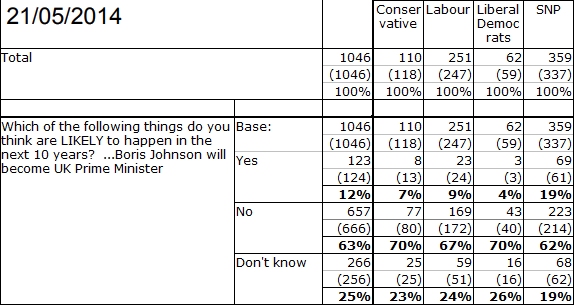 Shows what YOU lot know, eh?

Wings, of course, is actually good at predicting stuff, so we DID see PM Boris coming, three years in advance:

Unlike certain people we could mention.

In that June 2016 article we were warning that a factionally-divided Labour were in no danger of winning the next election, although we were a few months out on when that might be (and to be fair we overestimated the number of MPs who’d have the integrity to quit Labour over Corbyn and join a new party):

So while we were on the subject of Labour being hopelessly unfit for office, it was fun to revisit another finding from the same May 2014 poll: 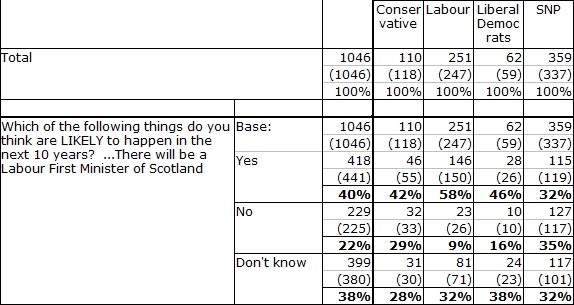 Ten years is 2024, which means that barring any dramatic unscheduled events, next year’s Holyrood election is Scottish Labour’s last chance to provide a First Minister before time runs out. If you’ve got money on it, folks, you’re a braver person than us.