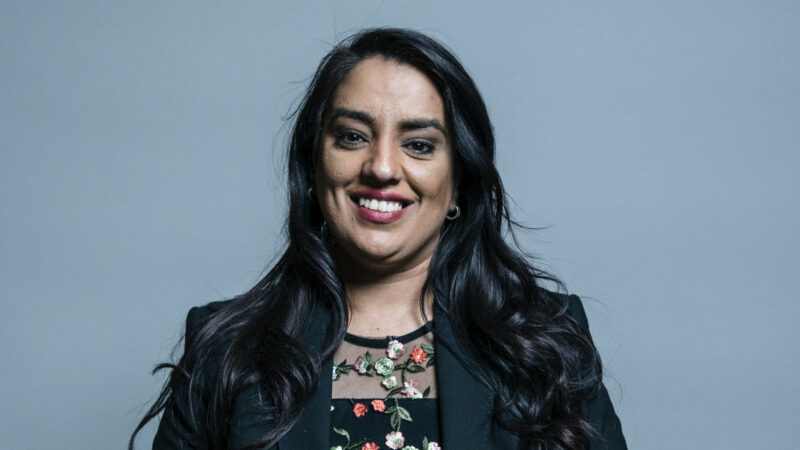 Naz Shah is not a conventional politician. She has been remarkably open about how her politics are shaped by her background. Abandoned by her father at six, she was sent to Pakistan by her mother aged 12 in an attempt to protect her from her violent stepfather. She was then forced into an arranged marriage, which she later left owing to an abusive partner.

Upon her return to the UK, not only did she work to support her mother, who was jailed for killing her abusive partner, and to campaign for her release, but also to care for her two siblings. Since then, she has committed herself to public service and campaigning, and is currently shadow women and equalities minister.

Why, then, did Labour’s national executive committee (NEC) choose to ignore Shah when she wrote to the ruling body explaining that Salma Yaqoob’s endorsement of a misogynistic campaign against her means she is not fit to be a Labour candidate?

Bradford is known for its biradri politics – particularly among the conservative Pakistani community. The biradri system is based almost exclusively on personal relationships between men, and their ability to exercise and retain power based on patriarchal notions of honour and shame. These men get together – often in male-only spaces such as mosques – to discuss local issues and take political decisions. Women are expected to exercise their democratic rights in consultation with their male relatives and are often excluded completely from the conversation.

Spousal abuse is common, and it is often argued that this abuse should be tolerated by women for the sake of family honour. Women who leave abusive relationships are often maligned and, even where women do not end the relationship, it is often assumed that their unwillingness to ‘compromise’ or their lack of subservience is the problem.

This highly patriarchal culture that enforces moral double standards based on gender makes it incredibly difficult for women in politics. Where women are able to break through the barriers of the biradri system, their morality comes under intense scrutiny, often from self-appointed ‘community leaders’ who flaunt their religious credentials.

When, in her hypocrisy, Salma Yaqoob chose to run against Naz Shah in 2017, she was not ignorant of these structures of power and how they operate. Neither was she ignorant of how they operated in the past, for example how George Galloway used biradri politics in 2015 when he claimed, amongst other things, that Naz had lied about the circumstances of her abusive marriage. In fact, Salma chose to leave the Respect party in 2012 partly because of George Galloway’s attitude towards women. If this wasn’t enough, Naz says she contacted Salma before the 2017 election, explaining the situation and asking her not to stand in Bradford West – not to harness the power of a misogynistic system against a woman from the community who is actively, and successfully, fighting against it.

What followed was a campaign rife with misogyny. A campaign that had Yaqoob’s tacit agreement. This included a rally where a man said people should vote for the ‘most Muslim’ candidate, and another where a man likened Shah to a dog, claiming you ‘check a dog’s pedigree’, and that you need to look at her appearance and see what effect she’ll have on the next generation.

Make no mistake, both of these speeches were made with the intent to shame Naz Shah. When the man spoke about the ‘most Muslim’ candidate, he drew a direct comparison between Yaqoob, who wears a hijab and Shah, who does not. He insinuated that because Shah does not wear a hijab that she is less Muslim, less moral, and less worthy. When the second man spoke about her pedigree, her appearance and her impact on future generations, not only was his comparison highly offensive – dogs being considered dirty in Islamic cultures – but he was also shaming her for her family background.

Not only was Yaqoob’s decision an outrageous example of personal ambition trumping solidarity with Naz Shah as an individual, and a fellow British Pakistani woman, but it also failed every single woman in that community. By allowing these people to speak in support of her, Yaqoob endorsed the culture of shame and dishonour that surrounds women who fall foul of these ridiculous moral double standards – of women who leave abusive relationships or even women who choose not to cover their heads.

If Salma Yaqoob was ever serious about our rights as Muslim women, about representing our struggles, and about platforming our voices, she would never have used biradri politics against Naz Shah. And the Labour Party, if it is serious about empowering women, would have taken Naz Shah’s letter seriously. Or at least, we could expect them to adhere to standard practice, whereby candidates who stand against Labour are not admitted to the party for five years.

The party’s argument is that the contest is currently between two white men – are they seriously suggesting Salma Yaqoob is the most qualified person available to change that? It seems some would have us think Salma Yaqoob is Britain’s answer to AOC. Her behaviour suggests otherwise.

Henna Shah is a Labour activist and works for Progress.

View all articles by Henna Shah