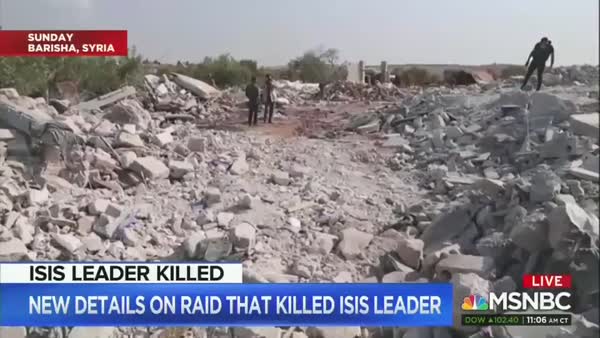 Once again, blabbermouth Don’s piehole spews out classified tactical information that the US Military would prefer was not broadcast on cable news worldwide.

Republicans in the US Senate are complicit in allowing this breaching of both our national security and safety of our troops to continue.

Courtney Kube told Andrea Mitchell that Trump leaked both classified and tactical information that the military did not want to be released after the Baghdadi raid.

COURTNEY KUBE: There were a lot of other details that he gave that the military would call their tactical information. It’s the kind of stuff they just don’t like out there. One is the way that they breach a compound. So he talked about how they blew up a wall because they figured that the front door might have been booby-trapped. That’s a tactical detail they don’t want out there. He talked about how the helicopters fly very, very fast and very, very low. Again, something they don’t want out there. As you know, Andrea, you spent a lot of time with the US military as well. We know when they’re moving through a combat zone, that might be the way they fly, but it’s not really the kind of detail that the military would want out there.