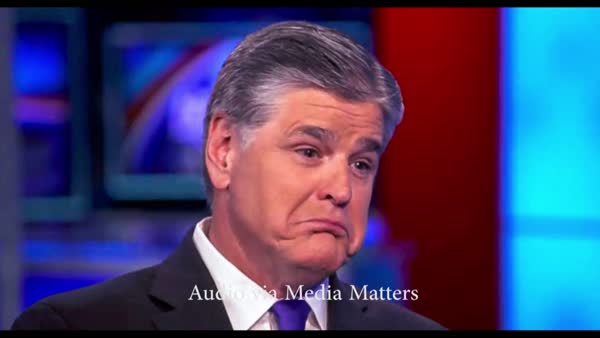 Sean Hannity considered the possibility that his phone calls with his beloved Donald Trump might have been recorded and he sure sounded nervous at the thought.

In addition to worshipping Trump on the air, Hannity and his idol reportedly chat most nights “like old girlfriends,” according to New York Magazine’s Olivia Nuzzi.

On the phone, he and the president alternate between the “witch hunt!” and gabbing like old girlfriends about media gossip and whose show sucks and who’s getting killed in the ratings and who’s winning (Hannity, and therefore Trump) and sports and Kanye West, all of it sprinkled with a staccato f*ck … f*cking … f*cked … f*cker. “He’s not a systematic thinker at all. He’s not an ideologue,” one person who knows both men said of Hannity. “He gives tactical advice versus strategic advice.”

On his radio show last week, Hannity considered the possibility that Trump’s calls are recorded and said, “That’s not going to bode well for me. Good grief. “

Listen to his concern above, from the October 24, 2019 The Sean Hannity Show, via Media Matters.

Republished with permission from Newshounds