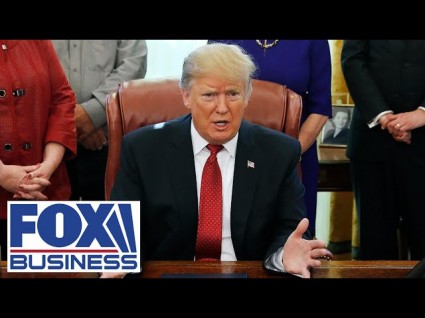 During a speech to the International Association of Chiefs of Police, Trump decided to attack one of their own although Johnson was not personally in attendance.

“Chicago has the toughest gun laws in the United States,” Trump complained. “That doesn’t seem to be working too well, does it? A lot of you people know exactly what I mean. But under Johnson’s leadership, they certainly don’t protect people.”

The president paused his rant against Johnson briefly to compare his impeachment to Jussie Smollett, who was accused of wrongly blaming Trump supporters for beating him.

“And he said MAGA country did it,” Trump bellowed. “He said it’s a hate crime. It’s a hate crime. And it’s a scam. It is a real big scam just like the impeachment of your president is a scam!”

“Eddie Johnson wants to talk about values,” he said. “No, people like Johnson put criminals and illegal aliens before the citizens of Chicago and those are his values and frankly, those values to me are a disgrace.”

“It is embarrassing to us as a nation,” Trump added. “All over the world they’re talking about Chicago. Afghanistan is a safe place by comparison. It’s true.”

“I want Eddie Johnson to change his values and change them fast,” he concluded.