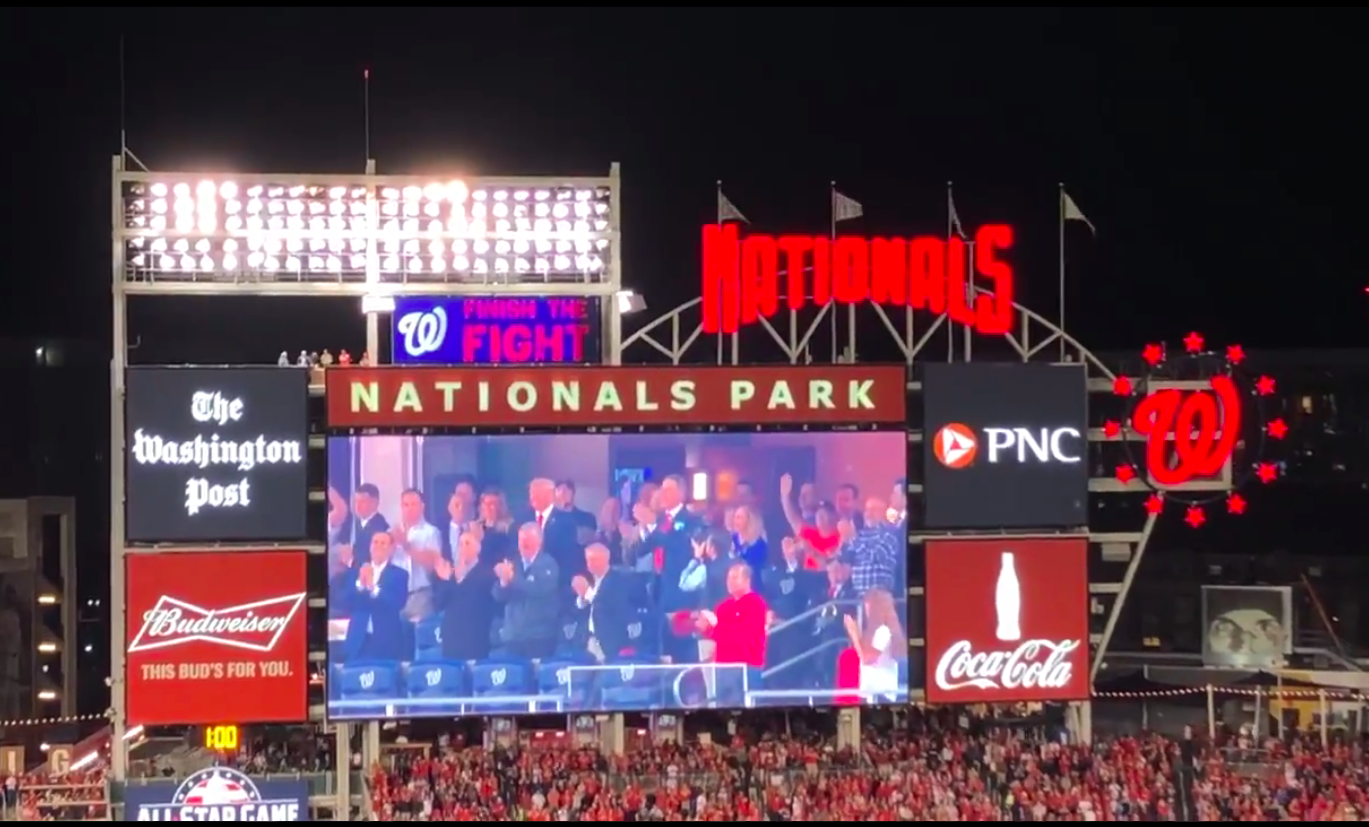 What began as a day of glory for Donald Trump ends with an angry crowd shouting, “Lock Him Up!” as he and his entourage were shown on the JumboTron at World Series Game 5.

Here is a round of boos when he’s first shown:

That then transitions into chants of ‘Lock Him Up!’

And insult to injury:

Ran into Trump critic Jose Andres, who got a raucous standing ovation for his first pitch, in the elevator heading back to press box. “Today we celebrate immigrants on a field full of immigrants,” he told me. He waved goodbye as Nats owner Mark Lerner happened to be in the lobby. pic.twitter.com/qCLpZagNFh

May that “Lock him up!” chant haunt his dreams.