Donald Trump is so weak and pathetic he actually may have staged a photo from Saturday to make it appear as though he was monitoring the raid on the Baghdadi compound at a time where it appears the troops were en route to Syria.

It’s truly sad when the Reality Show President* is more concerned about appearances than doing the real work that every single other President did before him. Here is a great compilation of real and unstaged photos taken by Pete Souza from the Situation Room, taken during the raid on Osama bin Laden. The most iconic is this one: 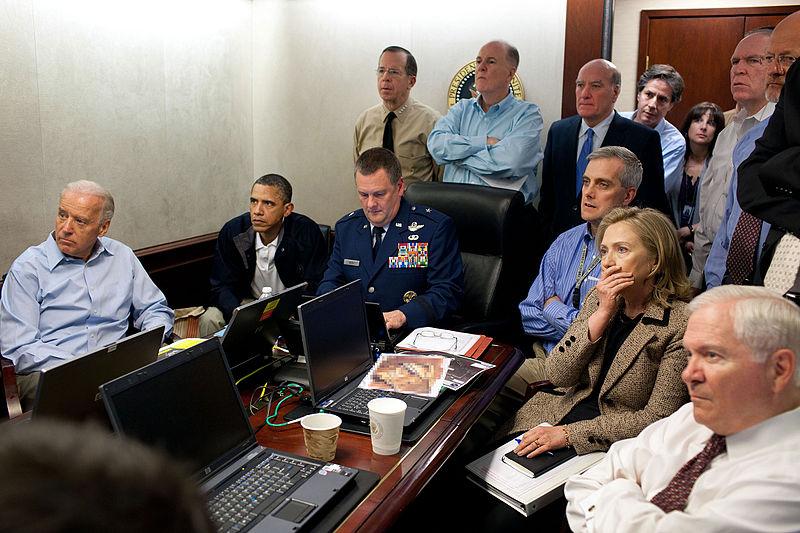 The contrast between these photos and the staged one Trump released are clear.

Everyone in the Obama photo is looking at the screen. The photos are taken from the side, not directly in front. The facial expressions of the subjects in the photos are showing concern, emotion, focus on the magnitude of what they are witnessing. Subjects are interacting. The desk is covered with open laptops, photos, pads of paper, writing utensils and drinks.

Contrast that with Trump’s photo. The photo is taken from the end of the table, directly in front of the screen they would be watching. The people in the photo do not seem concerned with having their line of sight blocked, suggesting they weren’t actually looking at anything. Second, no one is looking in the same direction. It is as though they are watching different screens or not even engaged. Third, and most notably, no one is interacting with anyone else in the photo. It looks like they all came in to the room and were told to look straight ahead and pretend to be serious for the photo.

Finally, look at the cables in the Trump photo. They’re all unplugged. Here’s a clearer image of them: 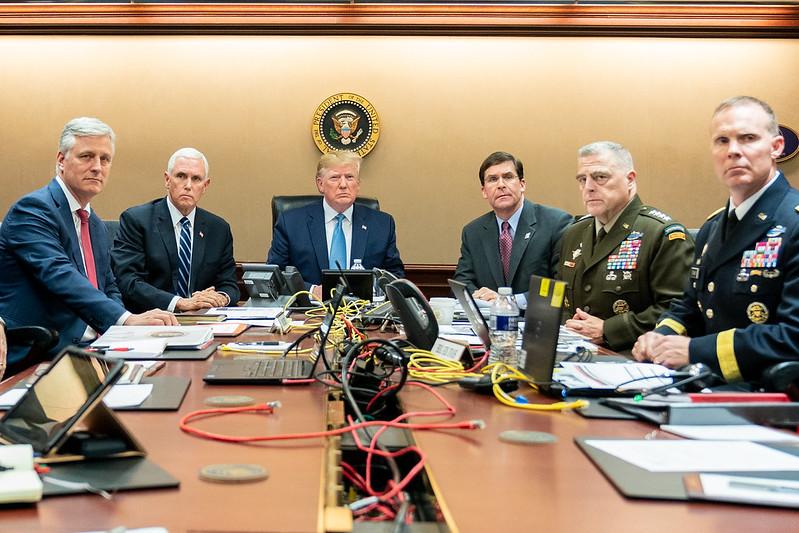 Image from: The White House

What an epic failure.