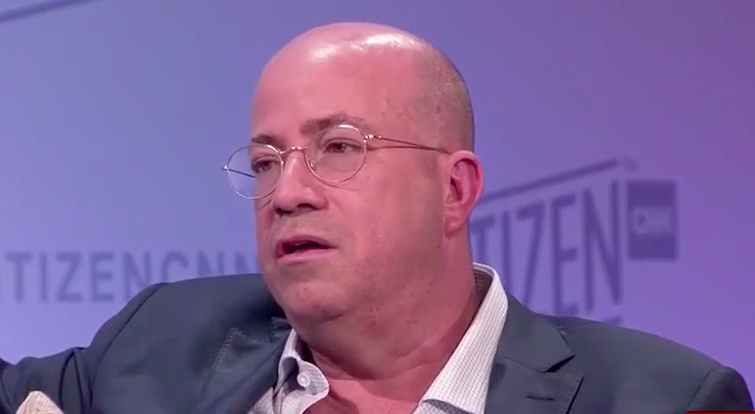 Predictably, Zucker justified what I call “yellicopter sessions” this way: “He is the President of the United States, and when he speaks, that is newsworthy, and that is important. And frankly, you don’t always know what he’s going to say or where he’s going to go. It’s equally as important for people to see in real time, in fullness, what he’s saying, how he’s saying it.”

Brian Stelter paused on the “how he’s saying it” part, prompting Zucker to elaborate.

“What his verbiage is and the like,” he explained. “I understand the sentiment of people who don’t think we should take it.”

He justified that decision by noting that CNN fact-checks in as close to real time as they can, even putting up the section of the U.S. Constitution on emoluments while Trump called it “phony.”

“It’s our job to fact check as close to real time as we can, after he speaks, and dissect in real time as we fact-check it,” Zucker maintained. “That’s where I come out. I do understand the other sentiment. But he is the President of the United States and his words do matter.”

I agree. His words do matter. I take issue, however, with Zucker’s contention that he has to be aired in real time, as if they couldn’t run it on a tape delay with the fact checks concurrently. All too often what we get is a firehose of lies, shouted at the top of his lungs with no context or follow-up. Trump is defining the terms under which he will meet the press, and he makes sure they are in an environment where accountability is lost to the whirr of helicopter blades.

Here’s the thing: If the press didn’t show up on the South Lawn, there wouldn’t be any Presidential words to matter. The sooner they figure this out and begin to redefine some boundaries, the better. Zucker is ceding all the power to Trump and he doesn’t have to. Trump needs the press as much as they need him.