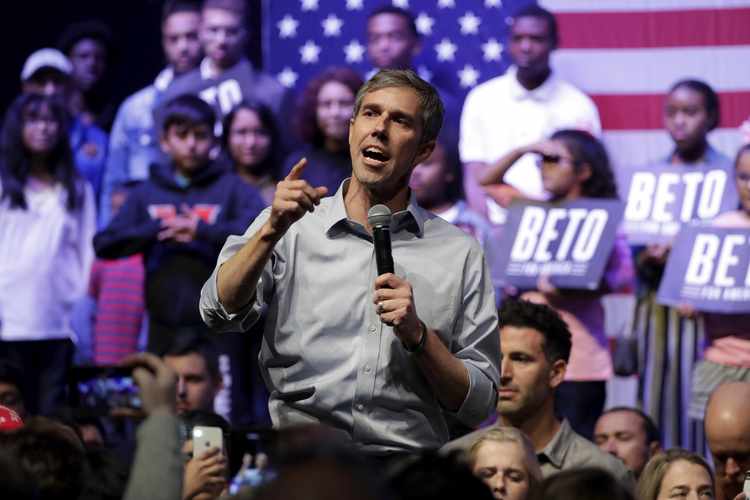 Though the evidence is mounting that the strategy is ineffective and unpopular, the Democratic Party seems generally committed to making it clear that people of faith are not welcome in their vision of America.

Several items in recent years are worth recalling.

First, in 2012, the party removed the word “God” from its platform.

In the 2016 general election, WikiLeaks revealed the glib manner in which John Podesta and others in the Clinton campaign sought to reshape the Catholic Church for their political purposes, which shocked many voters. They hoped to move Catholic teaching away from its longstanding doctrine to provide an advantage for the Democrats politically.

It seems that things haven’t changed much. Two presidential candidates expected to be in the top tier have recently and outspokenly attacked people of faith – and neither has gained the traction expected.

Sen. Kamala Harris should have been a contender for the Democratic nomination, but she has consistently polled in the single digits. Just prior to her candidacy, Harris suffered a self-inflicted wound. Her ill-fated attack on a judicial nominee for his membership in the Knights of Columbus, a mainstream Catholic charitable group, created a national firestorm that has undermined her candidacy.

Beto O’Rourke, who came within an eyelash of defeating Ted Cruz for a Senate seat in deep-red Texas, has also failed to get any traction. His desire to eliminate tax exemptions for church groups that don’t toe the party line on social issues shows a totalitarian impulse that will not help his candidacy or the Democratic Party more broadly.

A candidate expected to be in the second or third tier, Congresswoman Tulsi Gabbard, is the one candidate in the entire Democratic primary who has pushed back against her party’s blind hostility to people of faith and its complete embrace of the abortion-up-until-birth lobby. As a result, she – not the candidate who honeymooned in the Soviet Union – has fallen victim to the specter of Saul Alinsky’s pen pal Hillary Clinton calling her a “Russian agent.”

Though poll after poll shows that neither abortion up until birth nor assaults on American’s First Amendment religious freedom rights are popular, the Democrats seem unwilling to learn.

Now these bad ideas have taken on a local flavor.

In California earlier this year, Democrats at the state level tried to pass legislation to force priests to break the seal of confession – something utterly sacrosanct to Catholics and Orthodox Christians. Not surprisingly, a backlash from these groups and those of many other faiths ensued.

Similar legislation is now being proposed in Wisconsin. All three sponsors of the bill are all Democrats.

It’s not just the sacrament of confession that is being targeted either.

In Colorado, a Democrat-controlled bicameral taxation committee is looking into legislation that would subject churches to a “sin tax” on altar wine – something that would affect Catholics and others. They are also looking into placing a premium tax on fraternal insurance companies – mainly religiously affiliated groups like the Baptist Life Association, the Knights of Columbus (Catholic), the Thrivent (Christian, predominately Lutheran).

Leading the committee is Rep. Adrienne Benavidez – who in 2017 voted against a bill guaranteeing religious freedom rights for Coloradans.

One wonders how far the Democrats can go on with this war on faith. How long until the black churches, mosques, synagogues and Hispanic parishes upon which the party depends say “enough.”

The 2016 election showed the perils of the Democrats’ approach, but so far, at least, the lesson has not been learned.