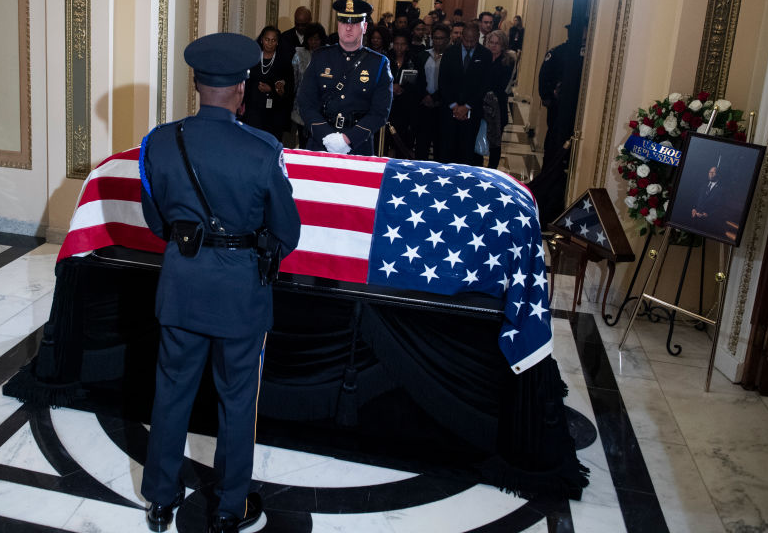 House Majority Leader Steny Hoyer (D-MD) spoke at a memorial for Rep. Elijah Cummings (D-MD) on Thursday about how the former House Oversight chairman made it his mission to weed out abuse of power in government.

“He made it his mission not only to honor that trust in his own work serving his constituents and the American people, but also to ensure that everyone who serves in public office is held to account for the abuse of that trust,” Hoyer said during a service in the House Rotunda. “The public trust for him was a sacred thing. Like the biblical prophet, Elijah, he saw wrongdoing and spent his life working to banish it from our land.”

During the last months of his life, Cummings chaired many hearings about President Donald Trump’s alleged abuse of power.