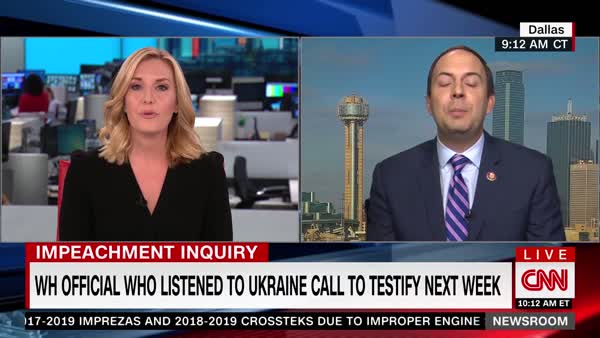 Poppy Harlow demonstrated today how to commit murder by composure.

She interviewed Republican Rep. Lance Gooden today, and asked him about his tweet from a month ago.

The democrats want to impeach a president trying to expose a crime, then elect a person who committed a crime.

She ignored the emotional gore and calmly pressed him on his lies about Republicans being shut out of the impeachment process, so he turned from lies to insults. Which she would have NONE OF THANK YOU VERY MUCH.

HARLOW: Yeah. Democrats have the right to hold this inquiry the way they are doing it now. They do. That’s just a fact.

GOODEN: I’m not saying it’s illegal what they’re doing, but the American people —

GOODEN: And the fact that the fake news media is not outraged with me is pretty telling.

HARLOW: Please don’t insult the media on this network or on this show, on our show. And congressman, you say it’s just a twitter post, but it’s your words and your words matter a lot. Thank you for being here.

What is it about these guys that their only mode of existence seems to be interrupting and talking over people when they’re being challenged? Are they that fragile? Do they have that little of substance to offer? Of course, these are rhetorical questions, but Harlow deserves whatever the media equivalent of combat pay is for dealing with it so calmly on camera.