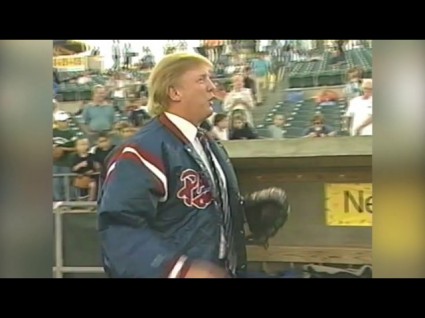 Trump can come up with any excuse he wants, but he knows he’ll be booed on live TV:

JUST IN: The Washington Nationals have released a statement confirming that President Trump was not invited to throw out the first pitch of Game 5 of the World Series (if Game 5 is necessary).

Chef Jose Andres has been invited to throw out the first pitch.

“I’m humbled by the invitation, and I realize is a big big big honor but I really hope that by Saturday night all of Washington will be celebrating that the Nationals are the 2019 MLB World Series Champions.”https://t.co/gYb9DlqMuG

Last night, @KenLoachSixteen speaking truth to power on #bbcqt: “You tell me that’s right, that a worker is so terrified to have a day off for sickness because he will be fined and therefore he dies? That’s the gig economy, that’s what it’s doing to working people.” pic.twitter.com/cEFHovnyXb

Scoop: I obtained an internal Customs and Border Protection report that reveals criminal misconduct by CBP officers and Border Patrol agents is at a 5-year high. Charges range from fraud to sexual assault to capital murder.https://t.co/7B1oPCRu3m

She’s the new Jill Stein. She will run as an independent next year to help Trump get reelected by draining the votes of stupid progressives from the Democratic ticket. https://t.co/f0iRKWOmdb

This DOJ criminal probe is going nowhere. Hundreds of pages of findings by Mueller, dozens of indictments AND the GOP-led Senate Intel Committee report have all established that Russia did this. So where is this probe going? Barr has nothing. Still, need to watch him like a hawk. pic.twitter.com/jkuX8L5So2

The editor of @TheLancet, one of the most prestigious medical journals in the world, has come out officially asking all health professionals to engage in non-violent social protest to protect people from the climate & ecological breakdown.

Yes you heard that right. pic.twitter.com/a2pflR7pXf

One of the women who was removed from a Lower East Side bar after confronting Harvey Weinstein told us, “I’m appalled that [organizers] let him into an event meant to support artists and actors when he has ruined so many actors lives.” https://t.co/YxvYChuZMP

Queensland residents were in for a treat when a rare cloud formation was spotted over Broadbeach on Sunday.

The formation, known as a roll cloud, is a low horizontal tube-shaped cloud that appears to “roll” on a horizontal axis. pic.twitter.com/SqsR00c2uF

Documents show Trump, ‘Apprentice’ contestant at Beverly Hills hotel around the time she says he assaulted her – The Washington Post https://t.co/K6Ba4cNllg

The National Archives and Records Administration has launched an investigation into Commerce Secretary Wilbur Ross’ use of private email for official business, according to a letter made public this week. https://t.co/jhgOHUtMPt

Less than 24 hours after Trump announced a “permanent” cease-fire, the commander of Kurdish forces said it was being repeatedly broken by Turkish troops https://t.co/o6OtR48MEx

“American capitalism is strong because of that business”

Warren would destroy it! pic.twitter.com/y831k0cjPi

I wrote for the Guardian about some thing I’ve learned from nearly 4 years of Fox News, especially Fox & Friends. Mainly that Murdoch’s finest brain poison is, top to bottom, an incredibly stupid garbage fire of white supremacy and other right-wing lies. https://t.co/YxwMscZ4Ff

I’m so tired. I think I need some babies and kittens:

And finally, what the world needs now is more Baby Shark: