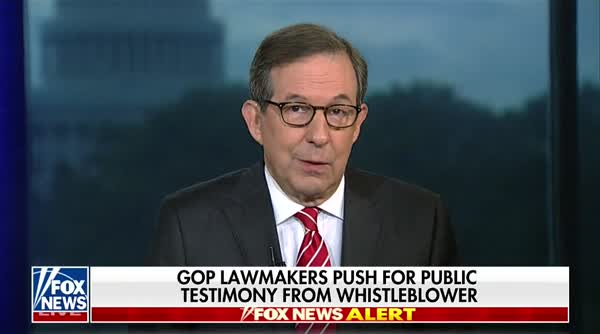 It’s a near-certainty that every one of the talking points coming out of the House Republicans and Trump White House right now are poll-tested talking points intended to serve as distractions from the very real facts unfolding for everyone to see. And for the most part, those talking points are intended to give Fox News some cud to chew when they misinform their viewers.

When a Fox News anchor strives to inform those misinformed viewers, it’s worth noting. Here is Chris Wallace shutting down all of Kellyanne Conway’s carefully tested talking points to anchor Sandra Smith.

“My feeling is that if you are having trouble with the facts, you argue process” Wallace told Sandra Smith. “That’s what Republicans are doing right now.”

The Democrats have elicited some truly damaging testimony, Wallace noted, telling viewers that the evidence “seems to tie more of a quid pro quo.”

“There is some evidence from these people working in the Trump administration that the president linked aid to Ukraine, White House meeting with Ukrainian president to getting oppo research on the Democrats,” Wallace said, uttering the words sure to elicit an expletive from the so-called president that will be heard even through the blades of a helicopter in the distance.

“[Republicans] are arguing the process is unfair,” Wallace explained. “You can make that argument, but if you look back during Benghazi when that was being investigated by Trey Gowdy, they had hearings in private and depositions in private.”