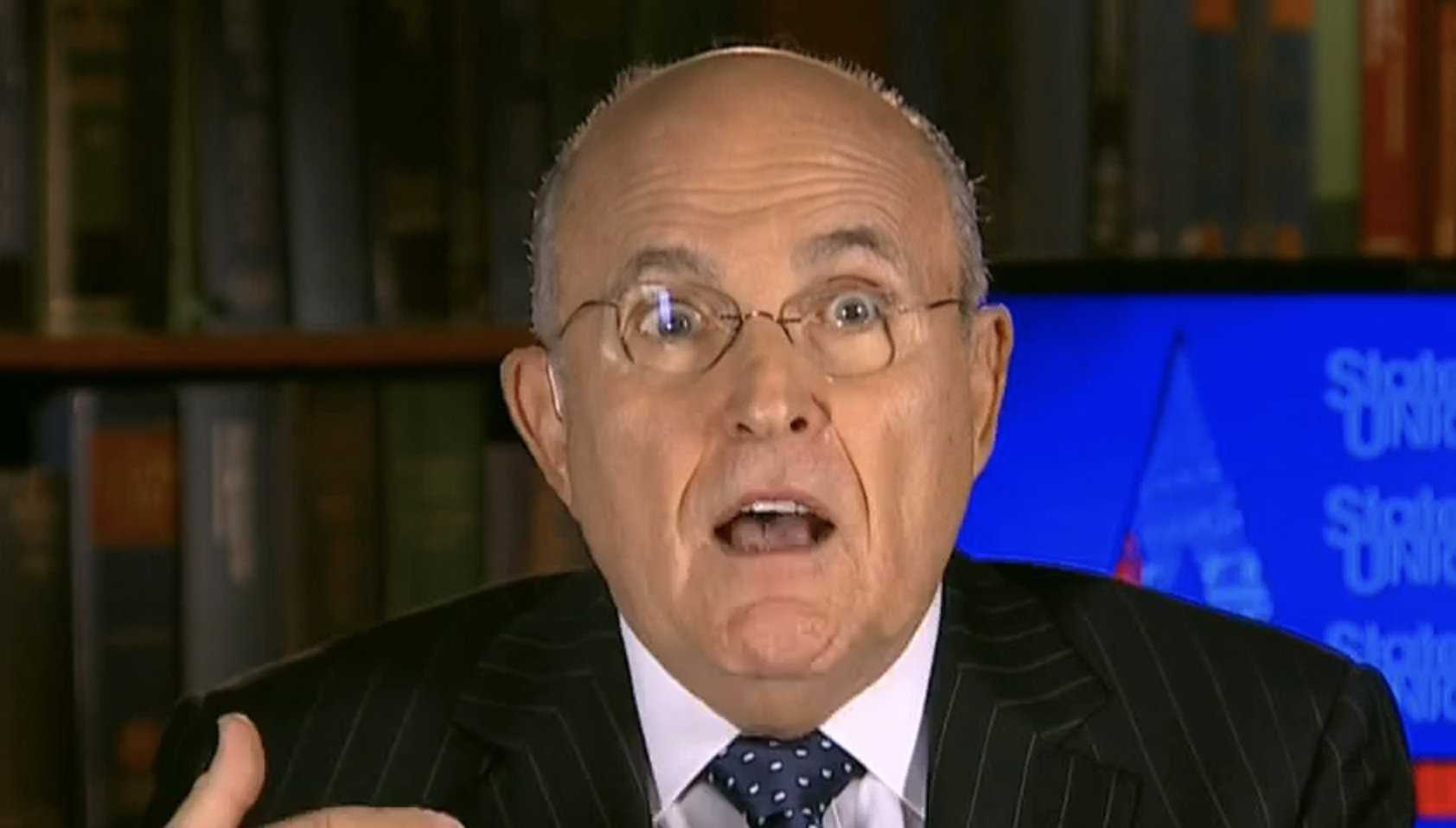 If someone pitched this episode storyline to a TV show, it would be dismissed as being too predictable and dumb, yet here we are, living it in 2019. Here is what happened.

NBC is reporting that Rudy Giuliani butt-dialed an NBC reporter and left a rambling 3-minute long voicemail. The call was made late at night on October 16th, fine. No big deal. Rudy is known to call reporters up to chat about his client, his work, the Deep State, etc. But this call was odd in that it happened at 11:07pm and it went to voicemail and apparently Rudy didn’t intend to make the call at all!

The reporter must have been shocked to look at their phone the next morning and see a 3 minute long message from Rudy Giuliani – and even more shocked to realize they were privy to a private conversation between Rudy and another party about a variety of topics.

Rudy talked about overseas business matters and, oddly enough, his “need for cash.” His first name-drop was about someone named Charles, although it is unclear who Charles is. Rudy says:

“You know, Charles would have a hard time with a fraud case ‘cause he didn’t do any due diligence.”

Then he swings to another topic.

“Let’s get back to business. I gotta get you to get on Bahrain.”

Rudy reportedly has a lot of business dealings in Bahrain, but it is not clear what he is referencing in this statement. Was he doing legal work or acting as a foreign agent? Was he trying to work out deals on behalf of Donald Trump? No idea.

Finally, Rudy talks about needing “to call Robert again tomorrow” to which the other man in the room says “He’s in Turkey.”

And then, the odd part – Giuliani says “The problem is we need some money…We need a few hundred thousand.”

As for the Biden call, Giuliani spends the entire three minutes railing against the Bidens, rehashing many of the unfounded allegations he has been making on cable news.

The claims are the usual ones, alleging that Biden intervened to stop an investigation of Burisma because Hunter sat on the board, and that Hunter traded on his father’s position as vice president to earn $1.5 billion from Chinese investors.

“There’s plenty more to come out,” Giuliani says on the recording about Joe Biden. “He did the same thing in China. And he tried to do it in Kazakhstan and in Russia.”

“It’s a sad situation,” he said. “You know how they get? Biden has been been trading in on his public office since he was a senator.”

Then it’s Hunter’s turn. “When he became vice president, the kid decided to go around the world and say, ‘Hire me because I’m Joe Biden’s son.’ And most people wouldn’t hire him because he had a drug problem,” Rudy claimed.

This has not been a good 24 hours for Donald Trump’s inner circle and phone recordings. Just yesterday news broke about Kellyanne Conway threatening a reporter. Today we get Rudy Giulliani butt dialing reporters.