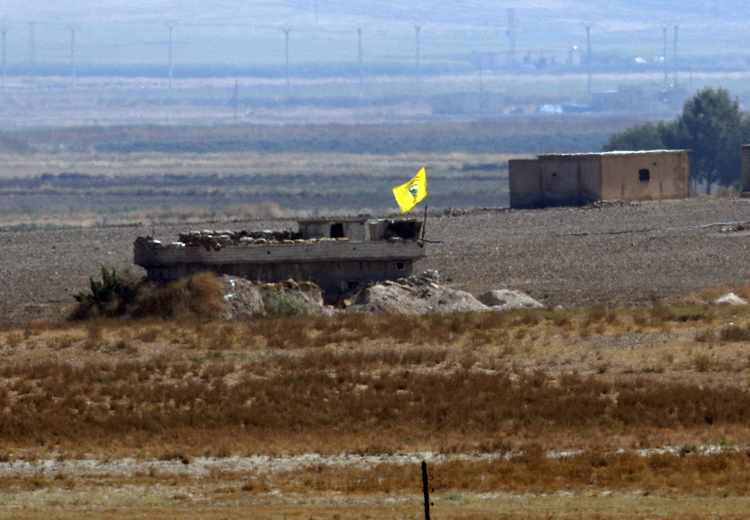 Whatever the United States does, Syria will continue its long plunge down the regional elevator shaft, picking up passengers and speed along the terminal descent.  Washington would be well advised to consider this fact as the increasingly fractious U.S. political establishment debates what role, if any, America and her allies should play in the process.

There are no good options left in Syria and we are not here by accident. The cruel civil war, which is mostly the result of President Bashar Assad’s inept handling of the Syrian version of the Arab Spring, has entered its next, inevitable phase.  Caught off-guard by street protests in 2011, Damascus quickly lost control of numerous cities and was forced to bring in its Hezbollah and Iranian allies to hold off immediate collapse.  This contributed to the growing sectarian nature of the war, which came to be seen by many as the bloodiest modern chapter in a Shia-Sunni dispute.

Even with Iranian and Lebanese Hezbollah assistance, the regime nearly collapsed and only the Russian intervention of 2015 ultimately provided the security guarantee necessary to save it. By that time, save for a few regional powers, most Western nations abandoned any thought of meaningful regime change in Damascus and opted to pursue a policy to find and eradicate the Sunni extremists who had come to dominate the most militarily effective parts of the opposition.  It was during this time that Washington embarked upon the awkward temporary alliance with the Kurdish military wing in Syria, the YPG.

The YPG had long-standing ties to Damascus, which were put on ice when Syria’s military was forced to redeploy forces from Kurdish areas along the border to those where the Arab opposition to the regime was strongest.  Forgotten now, this withdrawal was done rather amicably, with the regime making clear that while the YPG could exercise authority over the areas evacuated by the central government, Damascus eventually intended to return once other enemies were defeated.

It was after this evacuation by the regime that the United States and others came to see the YPG as a potential ally in the fight against the remaining forces of ISIS, then hunkered down in territory easily accessible to the YPG.  A promise of Western military assistance and what amounted to an insurance policy against Turkish intervention made the deal attractive to the YPG.  Unlike the two other large Kurdish groups across the border in Iraq, Syria’s Kurds never made an enduring peace treaty with Turkey and elements of the YPG are behind some of the rural terrorism that still goes on inside Turkey’s borders.  Turkey has never made any secret that it has always seen the YPG’s rebranding as a counterterrorism force inside Syria as a temporary reality imposed by others and one Turkey longed to change.  It also begrudgingly accepted the arrangement as a way for two groups Turkey disliked — the YPG and ISIS — to kill each other.

While the current administration’s handling of the withdrawal of U.S. troops was poorly executed (to say the least), it was inevitable the United States would withdraw. No prior U.S. administration ever considered advocating for or interceding on behalf of the YPG.  As the Syrian government begins to reassert control over more of the country and the Turks became more frustrated with the growth of YPG capabilities, keeping American forces in Syria would require taking on great risks as these regional powers seek to jockey for advantage in a fight they consider has existential consequences.

While there is a rump terrorist insurgency in the northeast of the country and thousands of ISIS prisoners are held there by the Syrian Kurds, the U.S. withdrawal will have little impact on either issue.  ISIS, in its current form, will not survive the arrayed forces of Turkey, Syria and Iraq, all of which are committed to its eradication. While a continued U.S. presence in northern Syria might have continued to pursue ISIS’ holdouts, it is hard to argue ISIS will fare better once its regional enemies have unfettered access to pursue them.  As for the ISIS prisoners held by the Syrian Kurds, the vast majority of them were in a state of legal limbo, held as they were by a Kurdish militia unable to detain them long-term, and a global community that was content to kick this particular issue down the road to some other date.  No doubt some of these prisoners will escape and rejoin the ranks but a large percentage of those will come to a violent end as the Syrian and Turkish security forces consolidate their positions.

What the U.S. withdrawal does highlight is the growing sense by most regional powers that, whatever the reason, the United States is no longer willing or able to play the role of grand security architect when it comes to this part of the world.  While the current American administration has done things to accelerate this perception, it did not start the process.

Ever since the invasion of Iraq and the Washington-encouraged Arab Spring, almost all regional powers have become increasingly willing to essentially freelance greater amounts of what they perceive to be their own security interests. Turkey’s actions squarely fit into this larger pattern.  It is also not lost on Middle Eastern powers of all persuasions that outside of the professional national security establishment, the American appetite for risking its blood and treasure in the Middle East has been on the decline for many years.  This is especially true at a time of great disunity within the American political system.

Bernard Hudson is the former director of counterterrorism for the CIA. He is currently a non-resident fellow at Harvard University.