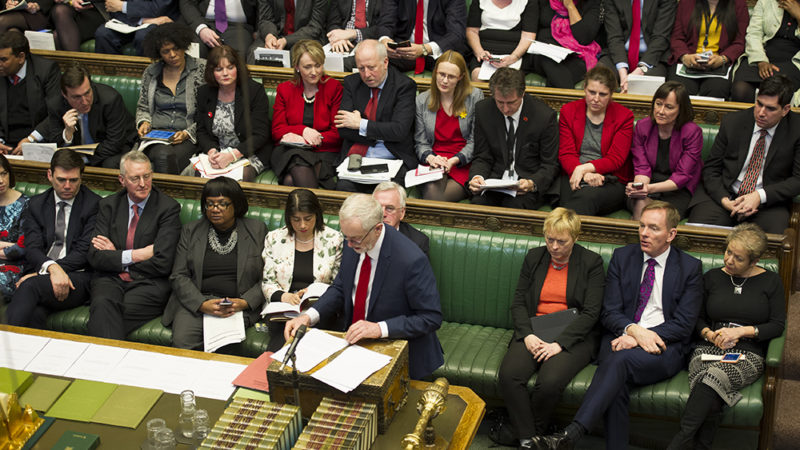 Are we holding an early general election or not? As we approach the moment at which Labour has no good reason to refuse one, talk of this imminent snap poll has intensified. Jeremy Corbyn and Boris Johnson met yesterday to discuss Labour’s proposal of a compromise timetable for the Brexit bill. When this offer was first extended by the Labour leader on Tuesday evening, a number of LabourList readers reasonably asked ‘but why?’. The reasons for agreeing on a new programme motion for a piece of legislation that Labour does not intend to approve wasn’t entirely clear at the time, but we have learnt more since then.

While the Labour leadership is less doubtful of its ability to win an election than Corbynsceptic Labour MPs, or at least less eager to enter some kind of national unity government situation in which deposing Corbyn could be used as a bargaining chip in the negotiations, it also knows that whipping for a general election now will incur an embarrassingly large rebellion. We’re talking over 100 MPs. They are increasingly open about their plans to vote down any election proposal, with many maintaining that a referendum should come first. Again, it is entirely unclear how this could be achieved when the numbers are not there for one, but this aim explains the Labour leadership’s offer of compromise.

Some members of Labour’s ruling body are apparently discussing the idea of not reselecting MPs who vote against an election, in the hope that this threat makes the rebellion smaller. But it is understood that this would not have sufficient support – ”PLP discipline is a matter for the chief whip, not the NEC,” as one national executive committee member put it to me. And anyway, Corbyn has consistently shown a preference for the “powers of persuasion”, i.e. the carrot rather than the stick.

Demonstrating once again through the passage of the Brexit bill that this parliament will not vote for another referendum could be one way of quashing dissent – as well as conveniently delaying the election question. The matter is therefore in the hands of the EU and No10, both seemingly divided – the former over the extension length, and the latter over whether to unpause the withdrawal agreement bill.

Ultimately, however, all parliamentarians know that an early election is on its way. I am certain that many LabourList readers – perhaps the majority – are already seasoned activists, but if that is not the case our new 101 guide to campaigning would be a good read, particularly for those who might be nervous about getting involved. Letter stuffing, phone canvassing, door knocking – take your pick. Sign up to LabourList’s morning email for everything Labour, every weekday morning.