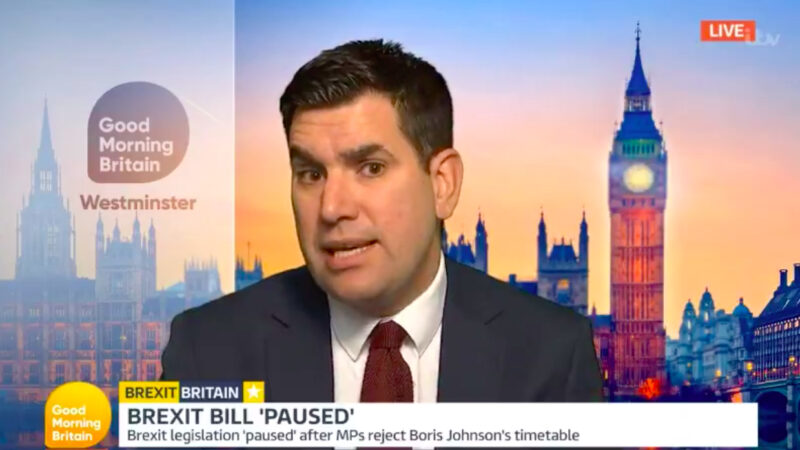 Shadow cabinet member Richard Burgon has confirmed in his media round this morning that Labour will back a general election once “no deal is off the table”.

“As soon as no deal is off the table, we want a general election calling,” the Shadow Justice Secretary told Good Morning Britain.

It is expected that if the EU offers an extension that would delay Brexit until January or beyond, Boris Johnson will again put forward a motion to trigger an early election.

The SNP and Lib Dems say they are planning to vote in favour, but many Labour MPs have said they will not vote for an election to be held before another referendum.

Burgon later told Sky News: “I’d like to see an election before Christmas. I want to get Boris Johnson and his Thatcherite mates out of Downing Street as soon as possible.

“So as soon as the EU has agreed that extension, so that Boris Johnson cannot push us through a no deal without a mandate to do so, then we want a general election.”

We need a General Election to put an end to all the Tory-created crises that our communities face – from a Thatcherite Brexit deal that attacks workers’ rights to the crisis in homelessness, in our NHS and our schools. pic.twitter.com/Dvu6NxyMkS