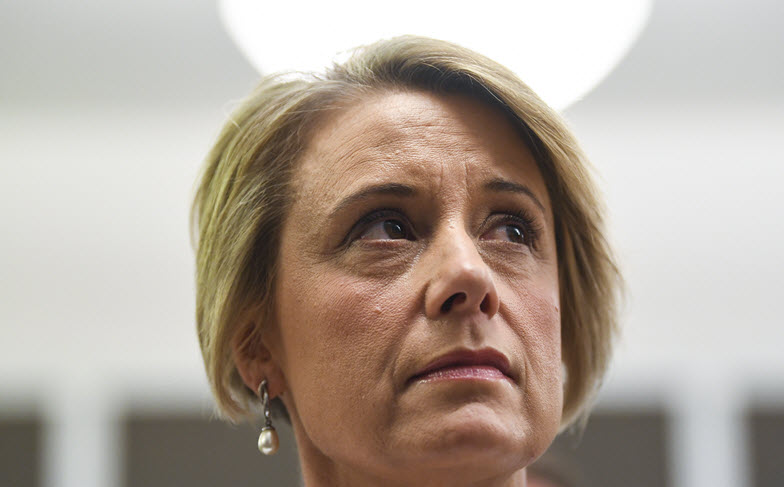 In September Crikey predicted that The Australian‘s negative coverage of Labor Senator Kristina Keneally had “all the makings of a new Holy War“. Since then, the Oz has really ramped it up.

Last Thursday, a front page story reported “internal rumblings” within Labor over Keneally’s approach to a national security bill. She was accused (by an anonymously quoted colleague) of “unilaterally breaking bipartisan conventions on national security … exposing Labor to accusations that it had engaged in a political stunt on a critical piece of national security legislation”.

A piece that repeated the allegations — this time, with quotes from Opposition Leader Anthony Albanese denying the internal rift — ran the next day, and this Monday we got a new Cut & Paste editorial asking if Keneally “still loves the sound of her own voice”. 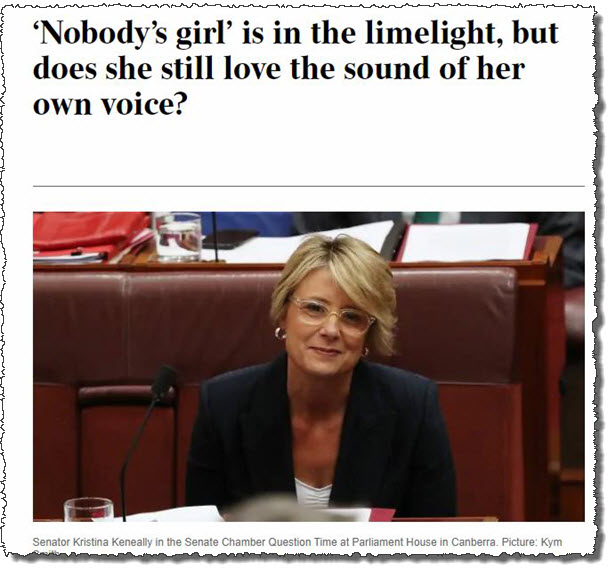 Then, on Wednesday, we got a Keneally drive-by in the editorial section condemning the Medivac legislation and another front-page report singling her out:

“Kristina Keneally’s claims of a ­crisis at Australia’s airports have been exposed, with official figures showing only 10 people suspected of being victims of human trafficking and slavery have claimed protection.”

The story is an “exclusive” look at departmental figures that transparently and unquestioningly advance the government’s talking points. As we’ve pointed out, this is something The Australian frequently does. It would be a great deal easier to to take their hand-wringing about government attacks on the press seriously if they stopped uncritically regurgitating the Coalition’s spin.