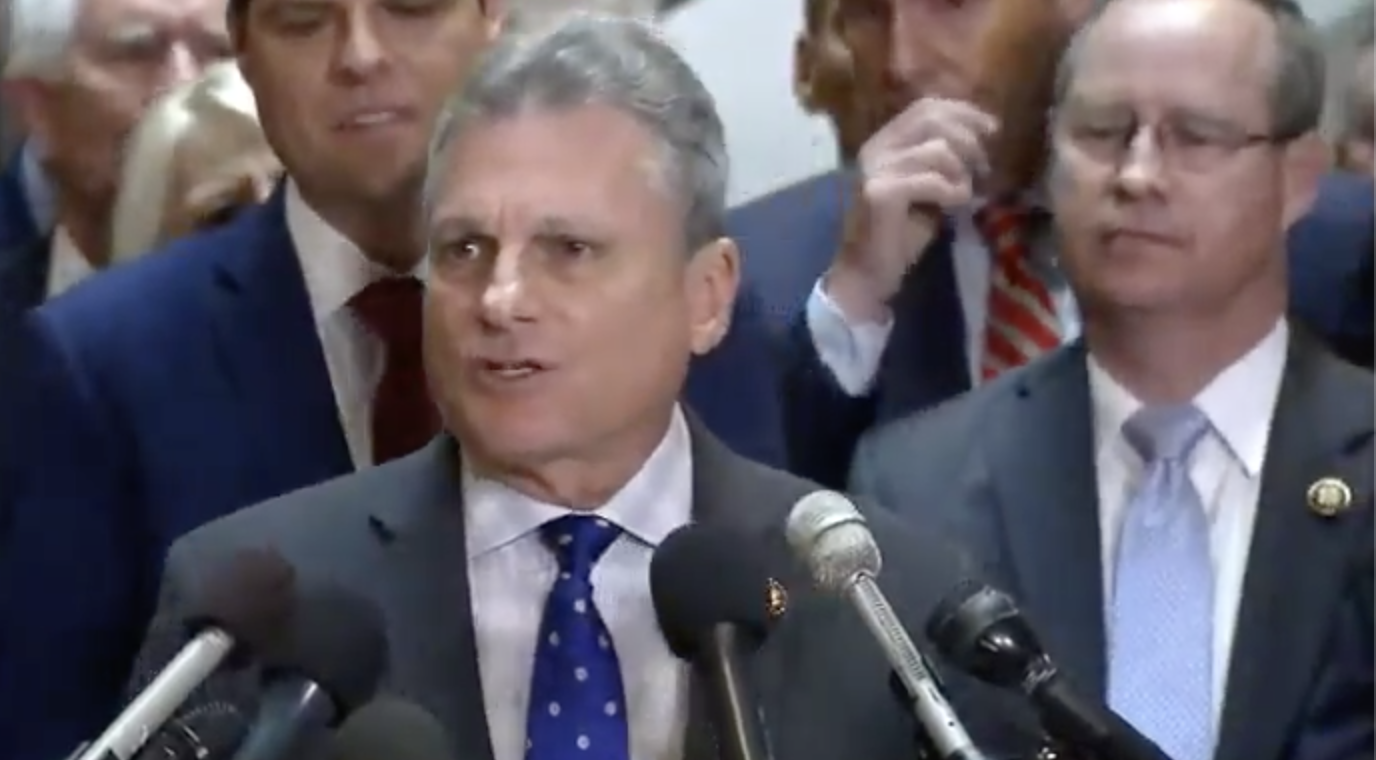 BE SCARED, AMERICA! These are the words of Goon Boy Buddy Carter, one of the group who barged into the SCIF for some pizza and soda earlier today while tweeting on their cell phones.

And he’s right. We should all be afraid, but not of what Carter thinks we should fear. Carter, who has sworn to uphold and defend the United States Constitution, is warning us all that if impeachment can happen to Donald Trump, well, it’s anyone’s game.

Except that no. Impeachment is a thing which is defined in the Constitution and which applies to the President, Vice President, and Judges, specifically. The rest of us just lose our jobs if we’re stupid or abuse the privileges that come with them. This really isn’t terribly hard.

As for Carter and his pals, they can’t be impeached either. They can, however, be expelled by a 2/3rds vote of the House. They can be censured, they can be referred to the Ethics Committee. It’s possible they could lose their security clearance. Personally, I think each and every one of these jerks ought to lose their seats to someone who isn’t a Goon for Trump.

It’s also obvious what Carter and the rest are trying to do. There is no defense, so they’re blowing smoke over it all, and they decided to pull their little stunt while Speaker Pelosi was attending her brother’s funeral.

Watch Carter make an idiot of himself:

Buddy Carter speaks out on the impeachment

By the way, the reason for all this fckery is so the process itself can be trivialized. That’s what Trump wants, and these boys are just the Goon Squad that carries it out.