Is this the end of the road for the shale gas industry? 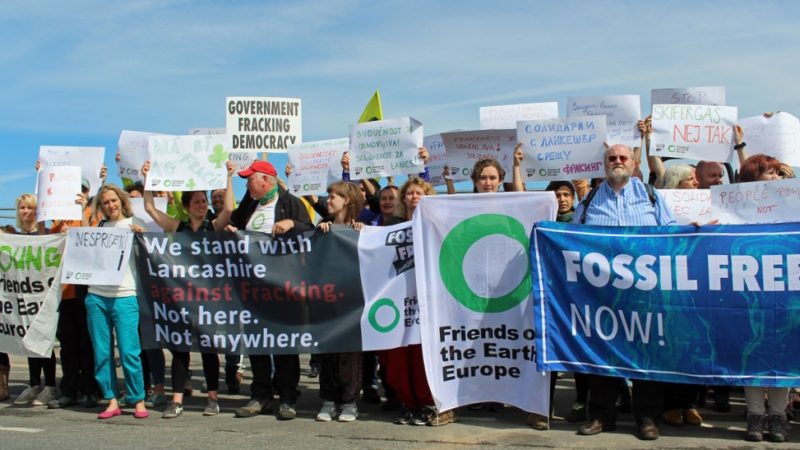 The fracking industry has been dealt a major blow, after a report from the National Audit Office found that shale gas development has cost taxpayers millions with the economic benefits ‘very unclear’.

In a damning indictment, the NAO found that the cost to taxpayers has been £33 million so far – despite just three wells having been drilled. The public spending watchdog said that £13 million of the costs have fallen on local police forces – with police acting as de facto security for the controversial firms.

The government misled the Environment Agency, saying ministers would be able to pursue fracking companies and landowners for the costs of decommissioning. This was untrue, meaning fracking sites could remain derelict and contaminated due to major flaws in decommissioning rules.

Ministers expected 20 fracked well in use by 2020. The figure to date is just three.

Campaigners hailed the end of the road for fracking, describing it as a ‘failed industry’. Jamie Peters from Friends of the Earth, said:

“This is a quietly critical report that doesn’t give the fracking industry any revived sense of hope. The NAO have several concerns including the mark-your-own-homework approach to regulation and the lack of clarity over who should be responsible for clean-up costs if fracking ever got going.

“Nothing has changed: fracking isn’t wanted, it’s a failed industry, and the future is renewables and energy saving.”

The report notes declining public support for fracking as a factor, with backing at rock bottom after years of protest and a growing climate movement.

The National Audit Office have also shattered claims that carbon capture in the fracking industry will work: “It has not yet developed the necessary technology” the report states.

The government held two failed competitions in 2007 and 2012 to develop and implement carbon capture, while the ‘aim’ for an actual facility isn’t due to be in place until mid-2020s at the earliest.

“It’s not easy to admit when you’re wrong, but fracking has been a failure and the government should accept it and move on.

“They say they want lower bills for people, but they’ve already wasted well over £1 per UK household propping up a pointless and divisive pursuit of a fossil fuel that our commitments to decarbonisation mean we can hardly use.

“We’re in a climate emergency, public opposition is sky high and fracking won’t bring us lower energy bills. It’s time to call an end to this farce.”

Labour, the Greens, the Lib Dems and Plaid Cymru support a ban on fracking, and the SNP have banned it in Scotland.

2 Responses to “Case for fracking destroyed by public spending watchdog”