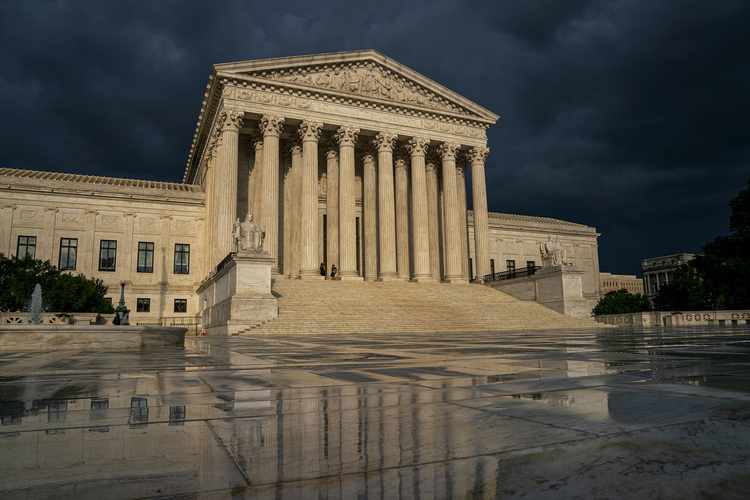 The Supreme Court’s decision to consider the constitutionality of the Consumer Financial Protection Bureau gives the conservative majority on the court yet another opportunity — thus far unrealized — to validate and re-enforce the Constitution’s separation of powers.

The Constitution vests all law-making authority in Congress, but also gives the president and the executive branch the exclusive authority to enforce the laws. The Framers created this separation because they believed that putting the power to make and enforce the laws in the same hands would endanger the peoples’ liberty.

The power of executive branch agencies — which many call the administrative state — has grown rapidly since the New Deal. This has occurred because Congress has been unwilling or unable to make the difficult choices involved in legislating. Instead, it has enacted broadly  phrased laws, essentially delegating the key legislative choices to administrative agencies and violating the Framers’ constitutional plan of separation.

The CFPB case is not only an example of this problem, but represents a different and more dangerous tack — creating an agency with vast legislative authority that is answerable to no one, not even Congress.

The brainchild of Sen. Elizabeth Warren, the CFPB was given plenary authority to enforce all federal laws that apply to financial transactions with consumers. But its power was broadened beyond existing laws when it was authorized to take enforcement action on any transaction it finds to be “unfair, deceptive, or abusive.” The term “abusive” was not defined by Congress in the act, and thus delegated to the CFPB a vast field for the agency to define and pursue.

Although this kind of delegation is not new, there are two other areas where the Dodd-Frank Act — the authorizing legislation for the CFPB — represents a dangerous step in support of an even more powerful and uncontrolled administrative state.

First, it gives the CFPB’s director a five-year term of office, protected from removal by the president other than for “inefficiency, neglect of duty, or malfeasance.” This places the director outside the control of the president, whose ability to pursue the policies he was elected to implement depends crucially on the ability to remove and replace the senior officials of executive agencies.

This is the element that the Supreme Court will review and there are good reasons to overturn it. For example, if Congress were to place similar provisions in every law, a duly elected president would be unable to act. Virtually every domestic law empowers an agency, rather than the president, to act. If the president cannot dismiss the head of the agency at will, he cannot pursue his agenda.

But the Dodd-Frank Act went even further in attempting to make the CFPB independent, placing it beyond the control of Congress itself. Almost all agencies of the executive branch receive their funds in annual appropriations from Congress, but not the CFPB. This agency was made a bureau of the Federal Reserve, and was to receive its funding from the Fed at its director’s request. To ensure that even the independent Fed did not use this funding authority to control the CFPB, Congress made clear in Dodd-Frank that the Fed was to have no ability to affect the agency’s actions.

The CFPB legislation thus shows that the agencies of the administrative state can be even more dangerous to democracy than some might initially think. If the CFPB’s structure is approved by the Supreme Court, it would be possible for Congress to create other agencies that are beyond the control of any elected body.

Looked at from that point of view, it is obvious that the CFPB case involves more than merely the president’s power to remove the heads of federal agencies. Leaving the CFPB in place, and simply nullifying the provision that forbids the director’s removal without cause, will mean that it is still possible for Congress to create agencies that are beyond Congress’s appropriation power. The very existence of the CFPB shows that this is not a fantasy; Congress will apparently tie its own hands — as well as that of the president — in the interest of placing an agency of the administrative state beyond the control of any elected person.

Now is the time for the court to make clear that the constitutional separation of powers means that Congress makes the laws and appropriates the funds for the president and the agencies of the executive branch, while the president has the power through the appointment and removal of executive officials to carry out the policies he was elected to pursue. Any limitation on these fundamental constitutional authorities, the court should say, will be overturned.

Peter J. Wallison a senior fellow at the American Enterprise Institute. His most recent book, “Judicial Fortitude: The Last Chance to Rein In the Administrative State” (Encounter Books), was published in October.