Despite protests from the Scottish left, political analysis suggests devolved legislatures may struggle to stop a No-Deal Brexit if withdrawal bill passes through Parliament. 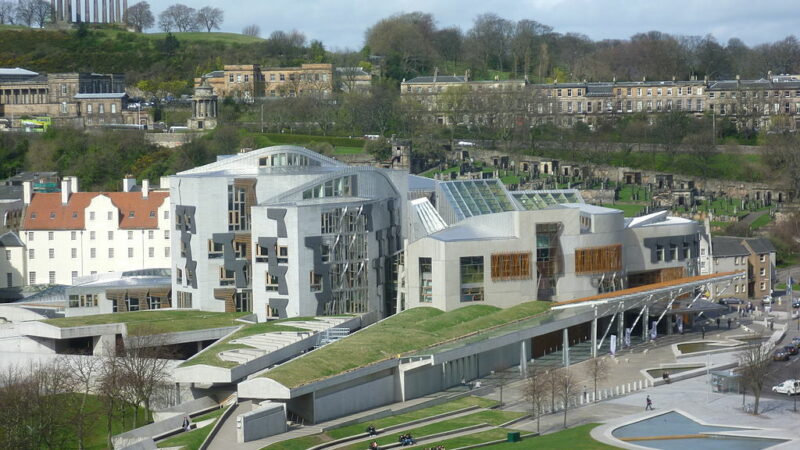 Remainers in Scotland especially may be disappointed with Westminster’s approach to devolved consent for Brexit, suggest analysts, with the result putting yet more strain on the union of nations.

Patrick Harvie, MSP and Scottish Greens co-leader, made headlines 21 October when he said Tory cabinet minister Michael Gove had shown “contempt” for Scotland’s interests in consent for a Brexit deal, given that the country had voted overwhelmingly in favour of Remain.

“Gove has talked about the importance of a consent mechanism for Northern Ireland, but he has confirmed that the UK is utterly unwilling to accept any similar principle for Scotland. The UK government has already shown itself willing to legislate in defiance of Scotland’s devolution arrangements, and is clearly willing to do so again,” Harvie said.

“The level of contempt for Scotland’s interests, and for our constitutional status, is breathtaking.”

However, political analysts at thinktank the Institute for Government told Left Foot Forward that devolution does not require Westminster to gain permission for changes to legislation affecting Scotland.

Jess Sargeant, researcher at the Institute for Government, said that this was true although, according to the Sewel convention relied on in part in the 2017 case brought by Gina Miller, it will not “normally” do so without the consent of the devolved legislatures.

“If Scotland and Wales withhold consent, it’s likely the UK government will press ahead anyway and pass the bill without consent. This will damage the already fragile relationships between the UK and devolved government, and put further strain on the union,” she said.

Under normal circumstances, the Scottish Parliament, the Welsh Assembly and Northern Ireland Assembly would need to approve legislative consent motions (LCM) before certain bills are passed, she said.

“But in the case of the withdrawal agreement bill, consent is unlikely to be forthcoming.”

Northern Ireland has no sitting Assembly and the Scottish and Welsh Governments have been vocal in their opposition to the prime minister’s deal and their preference for a second referendum, she pointed out.

Akash Paun, senior fellow and researcher at the Institute for Government, said: “There’s a danger of confusing different types of consent here. The withdrawal agreement does create a special consent mechanism for the Northern Ireland Assembly, and that isn’t being offered to Scotland or Wales. But that’s not surprising.”

Paun said it has been obvious ever since Brexit negotiations started that some differential provisions were going to have to be made for Northern Ireland because of the land border with the Republic, and that provision most probably wouldn’t be extended to other parts of the UK.

“It wouldn’t make sense in the Scottish context, and I don’t even know that the EU would have been open to it. They may have made a particular exception to their own normal rules for Northern Ireland because of the Good Friday Agreement,” he said, adding that whether Scotland should have some other kind of special status is a bigger and more complicated issue.

“But they (the Scottish Greens) are right in that Westminster has shown that it is willing to press ahead without consent, which is a matter of concern,” Paun said.

“It isn’t illegal, because we don’t have a codified constitution to make it illegal — but it does run counter to the established convention that consent should be sought for legislation of this nature.”

See also the Institute of Government report on this subject, authored by Paun, Sargeant and others.

He agreed the idea that Westminster can press ahead without consent “definitely doesn’t fit very neatly with devolution, or ideas like it”. Yet it had worked fairly well until now — because there had been nothing on the scale of Brexit that saw the individual nations of the UK in such direct conflict with each other.

If it could be found in contravention of the Sewel convention there might be a case for action to block the bill, but otherwise there might not be much they could do, Paun suggested.

Another researcher with significant work on the subject is Professor Robert Hazell, at UCL. He was not available for comment today but a number of briefings and papers on his work are available via the university website.

Scottish Green’s co-leader Harvie said the new withdrawal agreement would allow a “race to the bottom” on regulations that protect rights, the environment and working conditions.

“UK ministers have repeatedly made their deregulation agenda clear, and they are now seeking to ram this agenda through just days after its publication, and with almost zero scrutiny. Simply accepting the bland assurances given by Michael Gove and his hard-right colleagues would be absurd,” he said.

There was “no reason” to crash ahead on Brexit without an extension past 31 October, he said.

“Amending that bill to give the public the final say in a People’s Vote is the only way to truly take back control, cancel the crisis, and protect our place in Europe.”

At the time of publication, No. 10 had declared that it would abandon the Brexit bill if MPs voted down the three-day timetable for its debate and the EU confirmed a delay would be possible.