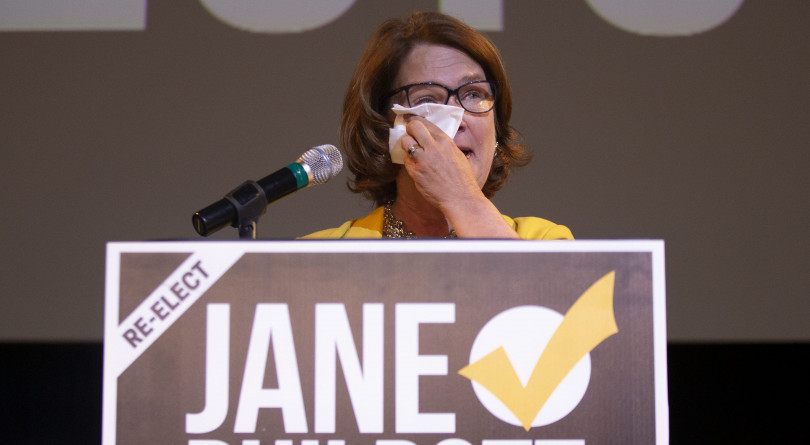 Jane Philpott deserved better.When she launched her bid for re-election in May, months after being booted out of the Liberal caucus, she said she felt an obligation to the people of her Markham-Stouffville riding. Parents in that riding had told her about the impact she had on their daughters for standing up for what she believed in.“What lesson would it be for those young girls if I were to walk away with my tail between my legs?” Philpott said, when she announced her re-election.And so Philpott, once a Liberal—the one who unseated the Markham-Stouffville Conservative incumbent in 2015, the rookie MP who held three high-profile cabinet positions, and the star politician who resigned amid Justin Trudeau’s handling of the SNC-Lavalin scandal—decided she’d seek office once again. This time as an Independent.RELATED: Jane Philpott faces long odds of re-electionWhat about all of Philpott’s work as the Minister of Health, helping oversee the legalization of cannabis? And her role as the Minister of Indigenous Services, where she was so focused on Indigenous health that she kept an updated list of boil water advisories across Canada at her desk? On Oct. 21, the people of Markham-Stouffville decided to vote in another Liberal—Dr. Helena Jaczek—while Philpott placed a distant third, with about 20 per cent of the vote.So what lesson did politically-engaged young women learn?“The last time, I was very party-oriented,” says Aoife Cummins, a 23-year-old Philpott campaign volunteer. “This time, I realized the problem with that system.”  Four years ago, when Cummins was just 19 and helping to put Liberal Philpott signs on people’s lawns, she says she sensed an incredible motivation from voters rallying behind Philpott. But this time around, Cummins’s door-knocking wasn’t working. “Every door we knocked on, people said they love Jane, but that they can’t vote for her because they can’t let [the Conservative candidate] get elected,” Cummins said. “I feel it makes people biased towards any kind of change or discussion because there’s this divisiveness between Liberals and Conservatives.”RELATED: JWR and Jane Philpott bet big that politics has changed (spoiler: it hasn’t)Amid the flaws she sees in the current the electoral system, Cummins found some positive takeaways from her fallen MP. “It’s about perseverance, even if you lose, to make the change you want to see,” she adds, “as cheesy as that sounds.”When Stouffville mayor, Iain Lovatt watched his youngest daughter, who is 18, vote in the advance polls while she was home from university, Lovatt saw that her first-ever ballot carried special meaning. He has long advocated for better representation of women in politics. So when Philpott was kicked out of the Liberal caucus in Parliament, he had a conversation with his daughters, explaining everything Philpott had to give up to push for what she thought was right. “For my youngest, it made her think that it would have been easy for Jane to back down and not side with Jody [Wilson-Raybould],” he said. “The sacrifice was huge.”Lovatt hopes his daughters will learn that even in defeat integrity wins every time. “That is far more important than a position of stature or money,” he said.RELATED: Jane Philpott: ‘We cannot ever be afraid of the truth’At Nineteen on the Park, an event centre and Philpott’s campaign party headquarters, cheers for integrity were far and few between. Until Philpott approached the podium around midnight (her supporters had already known for hours that she wouldn’t win), the scene was quiet. Philpott’s presence evoked cheers, but the greatest roar of the night came when television screens broadcast the news that Philpott’s close friend Jody Wilson-Raybould (also running as an Independent) pulled ahead in the polls in her B.C. riding. It was a lead the former Attorney General didn’t relinquish.Finally, Philpott spoke: she thanked the people of Markham-Stouffville for having her as their MP; she thanked her fellow opponents who put their name on the ballot to run for office; she thanked her volunteers and her family.As she wiped away the tears and said goodbye to the crowd, the somewhat upbeat tune of singer-songwriter Sara Bareilles flowed through the speakers, and Philpott quietly sung along:Say what you wanna say
And let the words fall out
Honestly, I wanna see you be braveIf there’s one thing that Philpott wants young girls to learn from her re-election campaign, it’s this: “Stand up proudly to serve and offer yourself to Canadians,” she said. “Never let anyone bully you away.”MORE ABOUT FEDERAL ELECTION 2019:2019 Canadian federal election: Live updates and analysis on the voteFederal election 2019: This is what the House of Commons will look likeFederal election ballots are still counted by hand. It could be a long night.Google predicted the 2015 election. Here’s what it says about election 2019. Thanks to the Courtesy of :