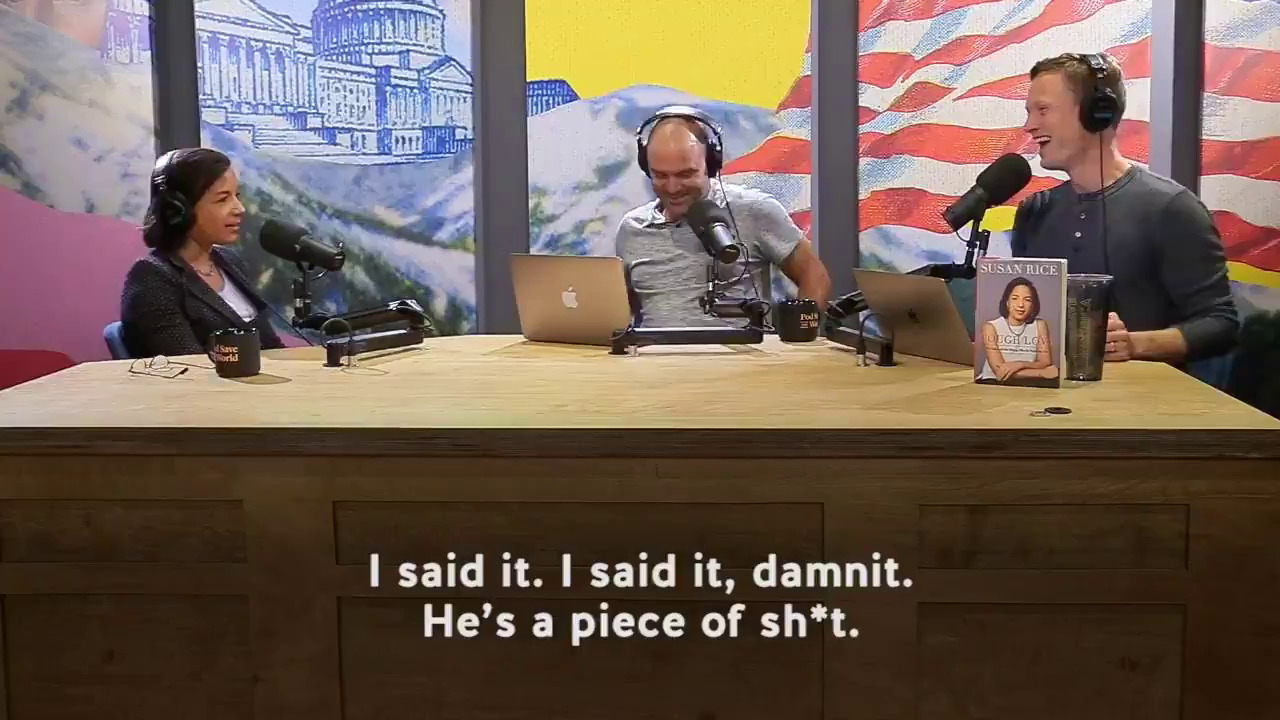 Pretty hard to disagree with her assessment here, especially after Lindsey Graham’s antics this week where he’s been described as a Trump apologist and “Olympian Bootlicker”, siding with Trump’s worst impulses at every turn. And even with a faint whiff of criticism of Trump turning his back on a former ally The Kurds, Graham offered up the suggestion of stealing oil as the silver lining.

Susan Rice, who served as national security adviser during the Obama administration, referred to Sen. Lindsey Graham (R-S.C.) as a “piece of shit” during the taping of an episode of the “Pod Save the World” podcast this week.

She made the remark after Tommy Vietor, another former Obama adviser, first used the term to refer to Graham during a discussion about the 2012 Benghazi attack in Libya.

“You have to understand Benghazi to understand [President] Trump,” said Ben Rhodes, a deputy national security adviser during the Obama administration who is a host of the podcast.

Graham’s office did not immediately respond to a request for comment.