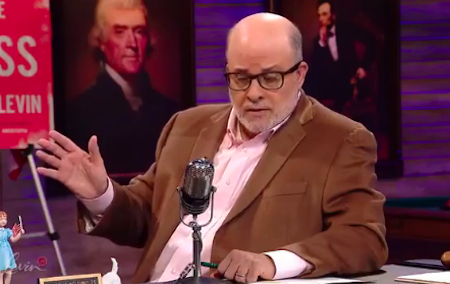 In this clip he actually claims that Donald Trump has not been involved in ANY scandals. Not one. Not even a hint.

First he starts with Obama and JFK. Then he plugs his book and mentions that Founding Fathers had affairs. Then he talks about how he wishes he could ask Mitt Romney questions.

And with regard to Donald Trump he says – with a straight face – “While he has been President, there has not been a hint of a scandal. Not a HINT.”

It must be nice to live in fantasyland where up is down and the moon is made of cheese and chocolate is healthy and truth isn’t really truth.