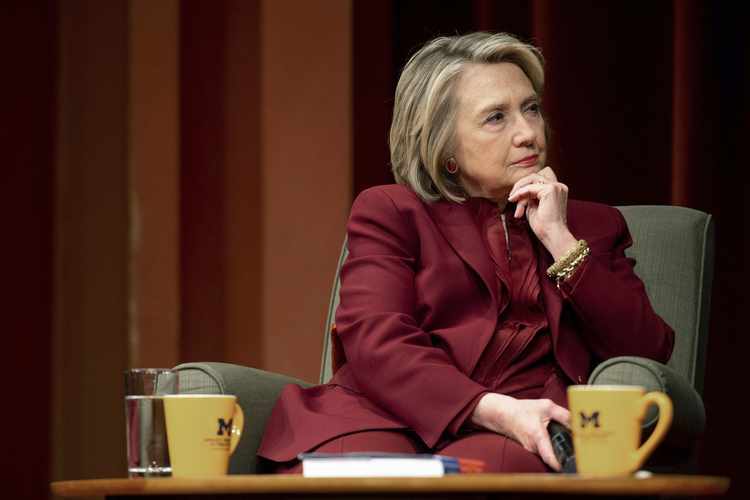 “They thought that Hillary spent too much time trying to appeal to people based on their race, or their gender, or their sexual orientation,” the Democratic strategist wrote in “Hacks,” “and not enough time appealing to people based on what really worried them — issues like income inequality and climate change.”

No one seems to like identity politics except the practitioners of it. But the question must be asked: Isn’t the Trumpian right engaging in white identity politics when it hollers about walls on the Mexican border? Yes, to the extent the goal is to keep nonwhites out of the country as opposed to simply fearing change. (The dark bunker of white nationalism is something else and beneath contempt.)

But it’s not racist to want the immigration laws respected, a view shared by Trump and non-Trump voters alike. Democrats supporting open borders, or something close to them, are not only hurting their political prospects but also ignoring the economic concerns of America’s low-skilled workers, a group that is far from all white.

Is this conversation getting too evenhanded? To complicate matters even more, observe the photos of Bernie Sanders’ recent mass rally in the New York borough of Queens. The crowd, which his people put at 25,000, was a sea of white faces, even though it co-starred Alexandria Ocasio-Cortez, the emblem of a “diversifying” America. Bear in mind that most residents of Queens are not white.

However, Sanders, to his credit, has played very little of the identity politics game. His thing is class. He has also defended the need to enforce our immigration laws, as opposed to Elizabeth Warren, another left-leaning candidate for president.

Some of this diversity talk is unkind to those it’s intended to flatter. It often assumes that blacks, Hispanics, Asians, gays and women don’t have interests apart from their group — and that they don’t share the worries of other Americans. The Pew Research Center poll of Hispanics’ greatest concerns routinely puts education, jobs and health care well above immigration.

U.S.-born Hispanics who speak perfect English, work hard and watch the same TV seem just like another ethnic group, not a separate racial category. Today, 67 percent of Hispanics are native-born. President Donald Trump’s attacks on their heritage are not only ugly; they’re insane.

The problem with identity politics is that the moment you single out what you will do for one identity, the other identities feel excluded. Barack Obama had a natural appeal to African Americans, but he didn’t take others for granted. There was a reason he chose regular white guy Joe Biden for his running mate, despite some of Biden’s awkward racial comments.

The year after Clinton lost, Brazile excoriated Robby Mook, Clinton’s former campaign manager, saying: “Robby had the analytics and the data modeling. He didn’t have to come out of the ivory tower to talk to the average Joe and Jane.” By average Joe and Jane, she was undoubtedly referring to white working people of the deindustrializing Midwest, many of whom had voted for Obama in 2012 and then switched to Trump four years later. (Do you think they suddenly turned racist? I don’t.)

Identity politics are a political dead end. They offend large swathes of the electorate — including many they’re designed to attract. They are a one-way ticket to defeat.