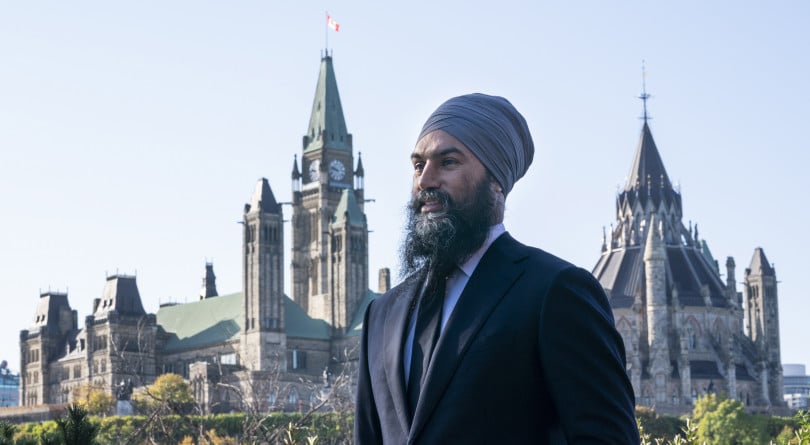 If Google searches in Canada for the federal leaders are any indication of how Canadians will vote, Justin Trudeau will save his political career with a minority win today, but he will be forced to contend with an unprecedentedly-powerful NDP.Let me back up for one second.On election day in 2015 I played a little experiment with Google Trends, the search engine giant’s tool for tracking what Internet users are hunting for online. I’d earlier written on the question of whether Google could more effectively predict the outcome of the election than pollsters:The question of whether Internet searches can predict election outcomes is one of great debate, for obvious reasons. Big Data, the term given to the vast quantity of information now available, thanks to our hyper-connected lives, has shown to be highly useful in discerning consumer habits and trends. The possibility exists that data generated through the social web could be far more indicative of our voting inclination than what we tell pollsters we intend to do. Given the many high-profile failures by pollsters in recent elections, this would be an important tool for election forecasting.From the search interest in the leaders that year I extrapolated seat counts on election day. As it would turn out, search interest closely mirrored the final results, at least for the main parties.Since then researches and journalists have continued to dig into the question of whether our Internet searches say more about how we will vote than what we tell pollsters.So in the spirit of curiosity the 2019 federal election offers another opportunity to put Google’s Trends tool to the test.(Since this is election day and Elections Canada can be finicky about such things, let’s get one thing out of the way first: this should not in any way be considered a scientific poll or opinion survey, which Elections Canada restricts on polling day.)Seat projections based on Google search interestBased on search interest in the federal leaders as of Oct. 18, here is what the seat count would look like. (Google search interest is displayed on a rolling three-day delay. Data captured at 11:30 a.m. on Oct. 21.)While the Liberal seat count of 143 fits generally with what polls are saying, the idea that the NDP could tie the Conservatives seems outlandish. By comparison, here are seat projections from both 338Canada and CBC’s Poll Tracker :With millennials now accounting for the largest demographic voting block in Canada, could Jagmeet Singh have harnessed the same enthusiasm among young voters that catapulted Justin Trudeau to a significant majority in 2015? Or do these results simply reflect the fact that Internet users skew younger, and for all Singh’s success on social media, that may not necessarily translate into turnout at the polls?Whatever the case, the surge in Singh’s popularity detected by polls over the past two weeks is also visible in Google search interest.There is one big difference between this Google Trends extrapolation and the one in 2015. Back then the period I looked at was 90 days. But Trudeau’s blackface blew up on search. (On the Google Trends index, 100 represents the peak of search activity for all the topics being tracked.) I set the start date for this analysis at Sept. 27, by which point searches for the leaders had more or less returned to where they were pre-blackface scandal.You’ll notice Bloc Quebecois leader Yves-François Blanchet is not among the leaders. That’s because Google Trends restricts users to five topics. Even when Blanchet is substituted in for People’s Party leader Maxime Bernier, however, his party’s climb in the polls doesn’t show up in higher search interest.We can also learn a lot about what caught Canadians attention over the past month by looking at what people searched for in relation to each leader. What we see is that Singh stands apart from Trudeau and Scheer in setting his own agenda. While the so-called “breakout” related searches for Trudeau and Scheer reflect controversies or fake news that hit both leaders during the campaign, that’s not the case for Singh.Jagmeet SinghAndrew ScheerJustin TrudeauThe related searches for Trudeau are particularly disturbing and speak to the impact a manufactured sex scandal in the middle of the campaign may have had on the prime minister’s re-election bid, not to mention the obvious influence of the Buffalo Chronicle on this election—the dubious New York-based website has repeatedly published unsourced and uncorroborated stories about Trudeau that have nevertheless been shared by many on the right.Was Google’s accurate prediction of the 2015 election just a fluke? Or are we in for a big surprise in this election? We’ll know soon.MORE ABOUT FEDERAL ELECTION 2019:How Justin Trudeau and Andrew Scheer could both loseThe final 338Canada projection: The most uncertain federal election in decadesGo vote. The entire election may depend on you.Trudeau needs an Alberta unity strategy if he wins Thanks to the Courtesy of :