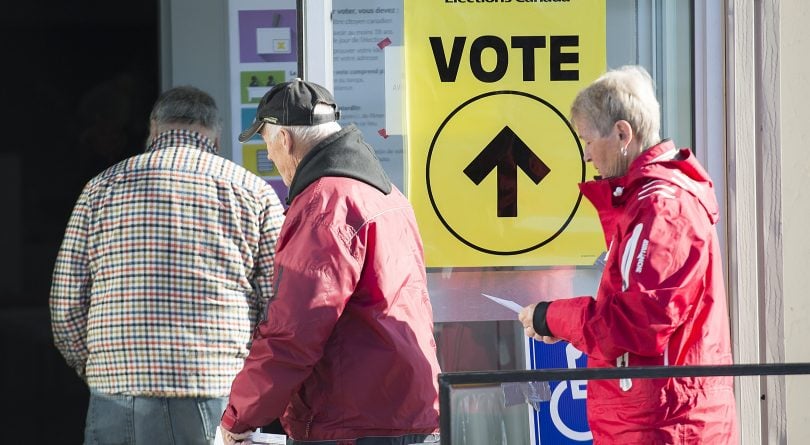 Here’s how technologically advanced elections have become for politicians and the media: NDP leader Jagmeet Singh is making viral videos on the social media app Tik Tok; and the CBC is already showing off its hologram of Conservative Leader Andrew Scheer.This is Andrew Scheer. AS A HOLOGRAM. Wut? #elxn43 Election night is gonna be lit. pic.twitter.com/fDPmxZ4CUZ— Rosemary Barton (@RosieBarton) October 17, 2019But on this Election Day, here’s how old-fashioned the technology is for election staffers: they’ll be counting every vote by hand.As part of the many safeguards for the election process, once voting at a polling station is complete and the counting is about to begin, the doors to the venue are shut. No one is allowed in or out.READ MORE: The final 338Canada projection: The most uncertain federal election in decadesCandidates are allowed to stick around and watch the vote tabulation, as are their representatives or designates, but it’s a slow process. With everyone watching, election staffers unfold each ballot and say aloud the name marked on it. One by one, the votes get tallied up, until the final vote count is recorded in a computer program that gets sent to Elections Canada headquarters.With 338 electoral districts across Canada—and plenty of polling stations within each one—that might explain why Elections Canada says it takes at least 30 minutes after the polls close until the first vote counts even start to arrive.Several municipal and provincial elections across Canada have already started to shift to electronic voting machines. During a 2016 Ontario by-election in Whitby-Oshawa, which tested electronic ballots at some polling stations, Elections Ontario reported it took staffers 90 minutes to count all the votes by hand . But with the vote tabulation machines, the results were online for the public to see in less than 30 minutes. From there, the 2018 provincial election used vote tabulators at about half of the polling stations.That’s not to say such machines always work perfectly. Five years ago in New Brunswick, the director of communications for the provincial Progressive Conservatives told Global News he was watching on TV as the total vote tally started to count down. The cause of the glitch was a software malfunction, as Elections New Brunswick said, the voter tabulation machines themselves worked fine and there was no error in the vote count.Elections Canada, meanwhile, has yet to make any switch in its tabulation system, which means one thing for sure: don’t expect to know the results of this election until long after polls close.MORE ABOUT FEDERAL ELECTION 2019:How Justin Trudeau and Andrew Scheer could both loseThe final 338Canada projection: The most uncertain federal election in decadesGo vote. The entire election may depend on you.Trudeau needs an Alberta unity strategy if he wins Thanks to the Courtesy of :