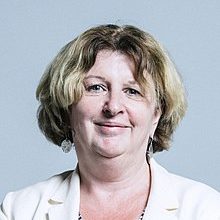 Twenty years from now we will look back at the transformation in the housing profile of London over previous decades and wonder how it happened and how come something so dramatic happened with so little public policy response.

The consequences are with us already, of course, and the case for action is pressing.

I’m working with the mayor of London on shaping his blueprint for better private rented sector laws and I am delighted to do so.

I am also celebrating the passage into law of my own Homes (Fitness for Human Habitation) Act which became law at the end of March.

This was a rare case of a private member’s bill originally opposed by the government making it onto the statute book.

It will address one of the challenges faced by renters, that of unfit housing which compromises their health and even safety. But there is more to do.

London has been grappling with a severe housing crisis, defined by shortage and affordability, for many years.

The change has been rapid and significant, but what does it mean and why does it matter – questions I try to answer in Capital Gains, a new Fabian Society report.

First, private renting is usually not a preferred choice, particularly over the long term and certainly not for families with children.

Fewer than 6 in 10 private tenants in London are satisfied with private renting as a tenure.

Satisfaction levels are fairly high when renters are asked about their own property, but not when the question relates to the tenure itself.

Second, there is a serious problem of affordability. Since the mid-noughties, the cost of private rented accommodation broadly followed changes in earnings across England.

However, the reverse was true in London, where the National Audit Office found private rents rose by 32 per cent, twice the rise in average earnings over the decade.

London’s poverty profile has changed in recent years just as its housing pattern has. The two are closely connected.

Workless households, especially those affected by disability, remain at risk but the rise and rise of in-work poverty, of poverty amongst private tenants and of poverty in the suburbs represents a real change.

To add to the pain, landlords are increasingly reluctant to let to tenants on housing benefit or, now, universal credit, with ‘no DSS’ practices coming back into the picture.

Even if we chose not to worry about the tenants, we should be concerned about the housing benefit bill which comes to some £22bn.

Third, as people are renting privately for longer they are reducing their prospects of being able to save for a deposit.

It is understandable and right that we focus on the housing affordability crisis but in the interests of a healthy and well- balanced city we should also be concerned with sustainable home ownership.

Fourth, private renting is insecure and of variable quality. The PRS has the highest proportion of substandard dwellings of any tenure and its growth as a sector has a wider social impact which is not yet properly appreciated.

We need to formulate a response which reflects the reality that experiences of private renting can be very different depending on who you are.

A low-income family reliant on some support from housing benefit will not experience renting in the same way as a young professional whose ownership hopes are deferred.

The big picture will involve some major choices about taxation and housing investment because the affordability and supply question underpins everything.

London needs 65,000 new homes a year overall, but we need to do much better at building social housing in particular, which will almost always be a better option for those on the lowest incomes and the more vulnerable groups.

The growth of the ‘build to rent’ sector can have an important role if done well – institutional investment in private renting has been long promised but is only now beginning to happen.

Firmer regulation is needed to limit the loss of rented accommodation to short-let platforms like Airbnb, with 60,000 properties listed (by no means all illegally, of course) in London alone.

We need to know where renters are, too. We know so little about the PRS and a register for London landlords would be invaluable.

For renters themselves, a starting point needs to be security of tenure – something which featured in previous Labour manifestos and which even the current government is considering.

Scrapping section 21 – the basis for ‘no fault’ evictions – would, with certain safeguards and balances, create open ended tenancies and offer much needed stability.

Renters also deserve protection from excessive rent rises and it is very good news that Sadiq Khan is committed to supporting rent control laws as part of his vision for London after the 2020 mayoral election.

We are in the midst of the most profound transformation of housing status in the capital for generations. Rebalancing our housing stock will be a huge and challenging task that must be undertaken.

Today, however, we must act to change the rental culture and tackle the pressures of affordability, insecurity and quality which are having such a profound impact on our city.

Karen Buck MP is the Labour MP for Westminster North

One Response to “Karen Buck: The housing crisis is having a profound affect on London”