Yesterday we reminded you of how Wings predicted Boris Johnson becoming Prime Minister of the UK several years ago. But of course, other soothsayers are available, like this confident chap from August 2014:

In news that will come as a shock to absolutely no readers at all, McDougall wasn’t just lying, and wasn’t just wrong about one thing, but was both wrong and lying about pretty much everything he said.

Both of the Yes camp’s “scare stories” which were sneeringly mocked by McDougall during a BBC debate in Inverness actually came true – the Tories DID win the next election, and Johnson DID end up as leader of the party and then as Prime Minister.

(McDougall burst into tears at Scottish Labour HQ on the night of the 2015 election as his party lost 40 of its 41 seats despite his services as Jim Murphy’s speechwriter and adviser, his powers of chortling seemingly having deserted him.)

And it’s interesting to revisit the debate. 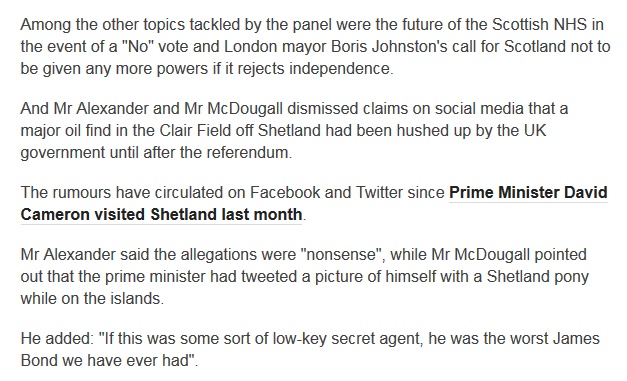 Of course, we now know that there WAS a massive oil field on the Clair Ridge – “the UK’s largest new oil field this century”, according to the Daily Record’s breathless report – whose existence was kept from the public eye until after the vote. 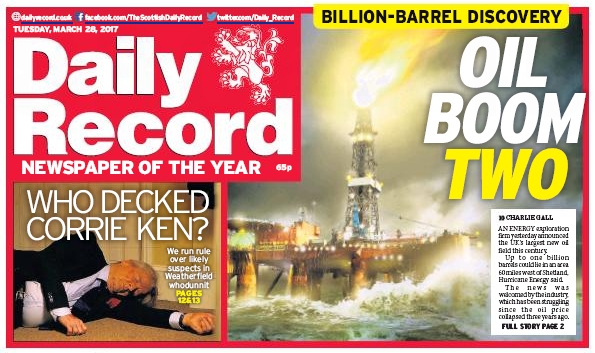 Presumably everyone who’d said in 2014 that there was a massive oil field in Clair Ridge, out of all the 178,000 square miles of ocean around Scotland they could have named, just made an incredibly lucky and accurate guess three years in advance.

We’re not sure whether he accepts its existence now, as he quickly scooped up a knighthood for services to the Crown and scarpered into the lucrative and patriotic world of investment banking, like so many of the leading lights of “Better Together” did.

Curiously, nobody seems to have any idea what Blair McDougall does these days. But whatever it is, all we’d say to his current employers is that if he delivers them any reports or forecasts, it might be an idea to have them double-checked.