Last night, grudgingly, we watched the whole of the final Tory leadership debate, for a contest in which pretty much everyone believes Boris Johnson has already gathered enough votes to comfortably win even though there are several days of voting to go. 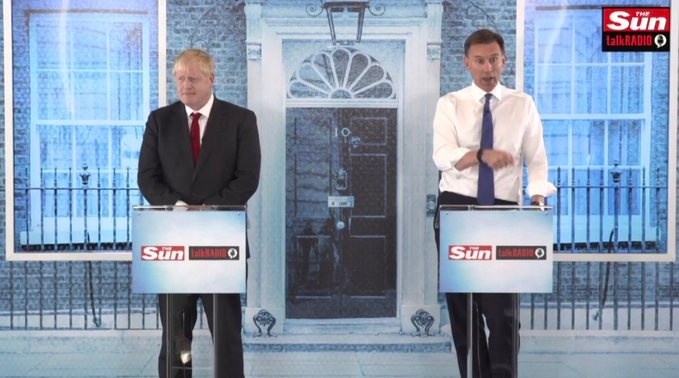 The headline outcome the media appears to be focusing on is that both candidates proclaimed the Irish backstop “dead”, to which the EU’s response will without a doubt be “Is it, aye?”

So where does that leave us? Let’s have an update.

Let’s start with the assumption that Boris Johnson will be the UK’s new Prime Minister, because he will be. There’s been talk that Labour would call a vote of no confidence within days or even hours of him taking office, which would be just monumentally stupid (and is therefore quite likely to happen).

Johnson would probably win such a vote, and if he didn’t it would trigger a general election for which Labour is woefully unprepared, STILL lacking a clear Brexit policy to put in its manifesto, as a deeply uncomfortable Emily Thornberry demonstrated to the nation on the Andrew Marr show last Sunday.

Johnson, conversely, would campaign on an unambiguous “we leave on 31st October, do or die, no matter what” platform – inescapably implying or even just openly stating a no-deal exit, because after an election there simply wouldn’t be time for anything else – and would likely secure a clear majority because there’d be no room for the Brexit Party to outflank him with a more extreme position.

(Johnson would almost certainly also benefit from the famed “sense of fair play” the British like to attribute to themselves, as John Major did in 1992, because it would be seen – not entirely unjustifiably – as manifestly unjust that he’d been dumped without even being given a chance.)

The Remain vote, meanwhile, would probably split between Labour and the Lib Dems, making any sort of Remain coalition hideously difficult – even if they got enough seats between them for a theoretical majority, something that’s highly unlikely.

(If they turned out to need SNP votes as well, the price of coalition would – we hope – be a second independence referendum, and it’s something of an understatement to suggest that that would complicate matters considerably. On the other hand, if the Tories failed to get a majority but the Brexit Party got enough seats to take them over the line, that coalition sits together a lot more easily.)

So let’s rule out an immediate GE, because neither Labour nor the Tories really want to fight one of those right now. What’s left?

1. By fair means or foul, Boris Johnson carries out no-deal on October 31st.

This is still the most plausible outcome. It’s far from clear that MPs can stop him doing so even if he doesn’t try to prorogue Parliament, because it’s still the default position and – uniquely among the numerous options – doesn’t actually need to win a vote in the Commons to happen.

2. No-deal is prevented by either Parliament or the courts.

The latter is the tactic being floated by the tenacious but rather unlikeable Gina Miller, and what’s astonishing about it is the apparent belief that 17m Leavers would take it lying down were it to succeed.

Johnson would have no choice but to call a general election, saying that liberal elite middle-class Remoaners had cheated the people out of their democratic will (and in fact he wouldn’t be wrong).

The election would likely pan out in exactly the same way as the no-confidence scenario outlined above, resulting again in a Tory or Tory/Brexit Party majority which would then be able to enact no-deal.

3. Johnson fails to get a new deal but asks the EU for another extension instead of no-deal.

It’s far from certain the EU would grant yet another do-over, but it’s irrelevant as Johnson would be as well setting himself on fire outside the door of 10 Downing Street, and he knows it. He might be able to survive as PM in the short term because the no-confidence arithmetic would be unchanged, but it would only be delaying the inevitable.

An extension would achieve nothing that hasn’t been achieved in the last three years in terms of actually producing Brexit – because all the circumstances would still be the same and the Irish Question would remain essentially unsolvable – but it would utterly destroy the Conservative Party and Johnson with it.

The final warning that its voters gave the party in the EU election would turn into mass desertion, sooner or later the lame-duck government would implode, and the Brexit Party would win the ensuing GE. Johnson has staked the whole horse and pony show on delivering Brexit in October. He cannot afford an extension.

Voting is disrupted by squadrons of flying pigs.

All of the above roads lead to no deal, and to be blunt, folks, any other scenario is a fantasy. The only even slightly plausible alternative to a no-deal Brexit (whether on 31 October under Johnson or some time next year under Nigel Farage) is the Hail Mary of a general election where the vote splits four ways and the lottery of FPTP throws up some sort of impossibly bizarre result like the Lib Dems winning a majority.

But the highest poll rating they’ve recorded since 1 June is 23%, and even the joke of an electoral system that is FPTP can’t realistically turn that into 325 seats.

(And if it somehow did, we’re genuinely not sure if Lib Dem policy would be to hold a second referendum or just to revoke Article 50 and stay in the EU on the back of less than a quarter of the vote. If the former, everything would be up for grabs again. If the latter, well, duck and cover.)

As independence supporters, the conventional wisdom is that our best hope is an election in which the SNP hold the balance of power and can leverage it for a Section 30 order or even the permanent transfer of referendum powers to Holyrood. Polling suggests they could win 50 seats, which would almost certainly be crucial to any would-be government favouring Remain.

The booby-trap in that outcome, however, is that a Remain-committed UK government would be the least favourable backdrop imaginable against which to hold a second indyref. We’d be throwing away the biggest advantage we’re ever going to have.

Once again, the best odds of success for independence probably belong to the idea we put forward back in April – doing a deal with a Tory/Brexit Party government for a second referendum, in return for backing (or even just abstaining on) Brexit. 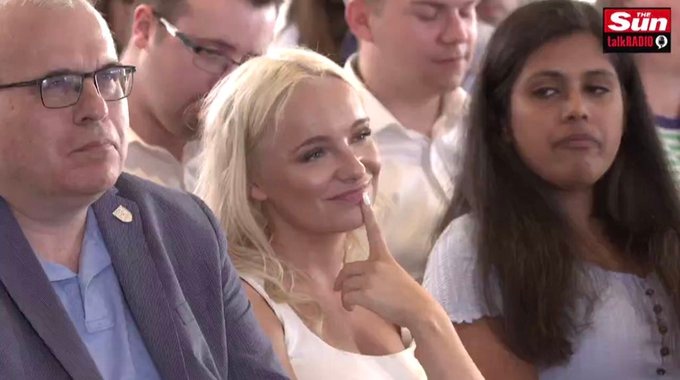 To put it extremely mildly, that’d be a controversial road to go down. But the bottom line is that the SNP owes the voters of the rUK (who’ve spent the last 30 years calling Scots whinging subsidy junkies and grievance chimps) absolutely nothing – it’s the party of Scottish independence, and if making a one-time deal with the devil is the cost of escaping that devil forever, it may yet be a deal that needs to be done.

The SNP has focused for the last three years on trying to save England and Wales from themselves, with no success and very little in the way of gratitude. But ultimately the goals of achieving Scottish independence and preventing UK Brexit are in direct and fundamental conflict with one another.

Pretty soon the party is going to have to decide which one it cares about the most, and since all the odds favour no-deal Brexit happening anyway, it might be an idea to get something out of it while we’ve still got some bargaining power.