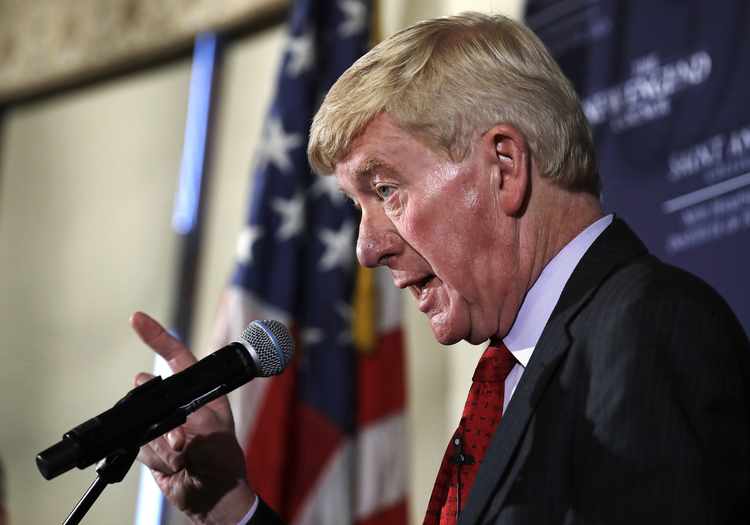 Bill Weld is running for national office again. In 2016, he was former New Mexico Gov. Gary Johnson’s running mate on the Libertarian ticket for president. This time, his sights are set on the top job as he challenges President Trump for the Republican nomination.

“It’s good for the country to have somebody put the president to his proofs,” the former Massachusetts governor told “Morning Joe” this spring. “Maybe ask him some ‘why’ questions, like: ‘Why do you think it’s good to insult our military allies? Why do you praise dictators? Why are you so angry about everything all the time?’”

Telling voters that “America Deserves Better,” Weld’s campaign is rooted in the premise of common decency and “presidential” behavior from a Republican holding the nation’s highest office. Yet, Weld’s potential as a candidate, and his platform itself, are more than just hand-wringing over Trump, political consultant Liz Mair told RealClearPolitics. “He’s in the race because he has a different vision of where the country needs to go that has not been covered off by Trump’s vision and has not been covered off by the Democratic field,” she said. Weld’s goal is “not to stick it to Trump.”

Mair spent time with the candidate on the 2016 campaign trail, and sees his record as crucial to understanding the alternative that Weld presents to the president from a conservative lane. Weld received “A” and “B” ratings on the Cato Institute’s fiscal report cards while in office, making him one of the most fiscally responsible office holders in the nation from 1991 to 1997. “That is arguably very relevant right now for fiscal and economic conservatives who may be happy about tax cuts and the regulatory aspects of the Trump agenda, but who are probably not happy about where debt and deficits sit. They are worried about the long-term fiscal health of the United States,” Mair said.

It’s particularly difficult to fit Weld into a classic conservative mold, however, because of his liberal views on the environment and marijuana legalization. He hopes that in crossover primary states (of which there are 20) his positions will attract independents and even Democrats who are not satisfied with the other options on the table. (Weld claims to have won independent voters at a 6-to-1 clip over opponents in his two races for governor.)

Though undoubtedly a long shot — RCP’s polling average has Weld at 9.3% support, trailing the president by 72 percentage points — he has a unique opportunity to shake up the New Hampshire primary race. The Granite State has a long history of bucking trends in Republican electoral politics, with a constituency that is fiercely independent.

Gallup’s most recent poll shows 89% of Republicans approve of Trump’s job performance, but that number might have cracks in it by next February. In pre-Watergate 1972, Richard Nixon was enjoying a steady stream of successes and popularity. The U.S. was withdrawing troops from Vietnam, detente with the world’s communist powers was lessening tensions, and the economy was stable. Nonetheless, Republican Rep. Pete McCloskey took on the intrepid task of primarying him.

McCloskey, who was a decorated Marine Corps hero during the Korean War, ran from the left, pressing Nixon on a speedier withdrawal from Vietnam. Called a “kamikaze” candidate by The Washington Post, he entered the race with little chance of winning. Indeed, he didn’t — the California congressman received just one vote at the GOP convention. But that wasn’t the point. “I’ll run against Nixon if no one else will,” McCloskey had told the Wall Street Journal.

That gumption won him supporters in New Hampshire more than anywhere else, where he earned almost 20% of the vote, making clear that even the incumbent president was not without his Republican detractors.

The state’s independent streak has been demonstrated in other presidential races. In the 1992 primaries, President George H.W. Bush received a challenge from former White House insider Pat Buchanan, who tallied 37% of the vote. From there, Bush’s campaign spiraled toward its demise. Without the full support of his own party, Bush was handily defeated by Arkansas Gov. Bill Clinton nine months later.

New Hampshirites declared once again their lack of faith in the Republican establishment when they chose Buchanan over longtime Sen. (and eventual nominee) Bob Dole in 1996.

The twist this time is that Weld is cut from GOP establishment cloth — a patrician New England Republican who emerged on the scene during the Reagan years. Yet, voters in his neighboring state — most of which is part of the Boston media market — remember his terms as a blue-state conservative governor fondly.

“I think Weld potentially has a much bigger, more locked-in voting base than what people realize,” Mair told RCP. “There are a lot of people that are familiar with him in that state who … view him in a very positive light [and] who are your oldest, most reliable and bankable voters.”

Meanwhile, younger voters could provide an opening for Weld as well: 54% of Republicans under the age of 50 want to see a primary challenger to the president, according to a new Pew poll. With issues such as climate change and automation at the forefront of Weld’s campaign, he could win over voters attuned to those concerns as well. Mair noted she has seen “19- or 20-year-olds have interactions with him that are really positive and are more positive than what the president has with those people.”

Even if this prospective coalition does not result in a Weld victory in a single state — and it almost certainly won’t — looking back to McCloskey’s and Buchanan’s runs underscores the importance a challenge to the incumbent, whose weaknesses will either prove fatal in the general election or be repaired as a result of the exposure.

“I think that it’s important that voters have an opportunity to choose someone different,” political consultant Joel Searby told RCP. “Sometimes there’s an important statement that is made that doesn’t have to do with thinking you’re going to win an election, but saying, ‘This is where I stand politically.’”

Searby managed conservative independent Evan McMullin’s campaign in the 2016 general election. He noted the potential of campaigns such as Weld’s in identifying a disaffected electorate that’s increasing in size.

“It’s obvious to me that there’s a significant number of voters who are very uncomfortable with the Republican Party but not ready to go to the Democratic Party; they’re not really sure where they fit,” said Searby.  “I think Gov. Weld has an opportunity to figure out what that number is right now. If nothing else happens, his candidacy will allow us to see how many people in the states he’s in that are looking for something different.”