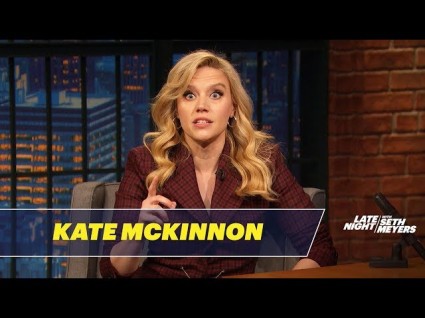 McKinnon and Meyers noted that Elizabeth Warren wore clothes at Wednesday’s debate that matched McKinnon’s when she spoofed the Massachusetts Senator.

And then they turned to Marianne Williamson. Meyers noted that the guru/author “might not be around in the Fall.”

And McKinnon’s impersonation was spot on, including policies on burning sage and “harnessing the power of babies.”

PS. Several on Twitter note that Cecily Strong was born to play Williamson.