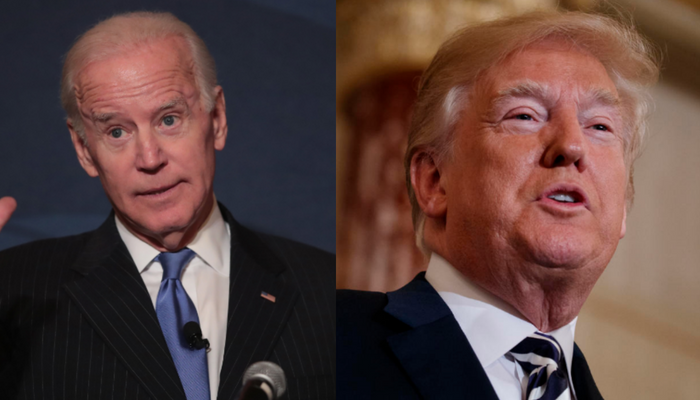 Former vice president Joe Biden’s campaign has been preparing for some time for the inevitable gaffes that their candidate is so famous for to crop up.

It took all of one Democratic debate for a particularly hilarious one to crop up.

As the second half of Thursday’s debate began, all 10 candidates on stage were asked what would be the first major issue they would tackle from the Oval Office should they win the presidency.

When Biden stepped up to the mic, he chose to praise his former running mate, Barack Obama.

“I think you so underestimated what Barack Obama did,” Biden said to nobody in particular. “He’s the first man to bring together the entire world, 196 countries to commit to the deal with climate change. Immediately.”

He then pivoted to his very first declared act AS PRESIDENT:

“The first thing I would do is make sure that we defeat Donald Trump. Period,” he announced.

.@JoeBiden‘s first priority as president would be to… defeat @realDonaldTrump? ? pic.twitter.com/XWbBcDdoUd

But … But, if you’re in the Oval Office, that means you’ve already defeated Trump, no?

Trump Was Living In Joe’s Head

While the first debate for the other 256 or so Democrat candidates saw little mention of Trump, Biden couldn’t really take his focus off of the Republican President.

Visit our friends at WHATFINGER NEWS: The Internet’s Conservative Homepage

In praising Obama – who has thus far refused to endorse his best friend – for his actions on tackling immigration, Biden referred to Trump as ‘immoral.’

“President Obama, I think, did a heckuva job [on immigration],” Biden suggested. “To compare him to what this guy’s doing [Trump] is absolutely … immoral. We should not be locking people up.”

He also asserted that the President has ‘ripped out‘ the soul of this nation.

“I’m ready to lead this country because I think it’s important to restore the soul of this nation,” jabbed Biden. “This president has ripped it out. It’s the only president in our history who has equated racism and white supremacists with ordinary and decent people.”

The comment is a clear reference to a media-concocted hoax that Trump called neo-Nazis in Charlottesville fine people.

Biden added, “He’s [Trump] the only president who has in fact engaged and embraced in dictators and thumbed their nose at our allies.”

Joe – Did you forget that your muse Obama sent pallets of cash to Iran in an effort to give them nuclear capabilities, opened negotiations with the Castro regime in Cuba, and did everything he could to undermine Israel, even interfering in their elections?

We seriously doubt this is they guy who can defeat Trump – before or after the election.