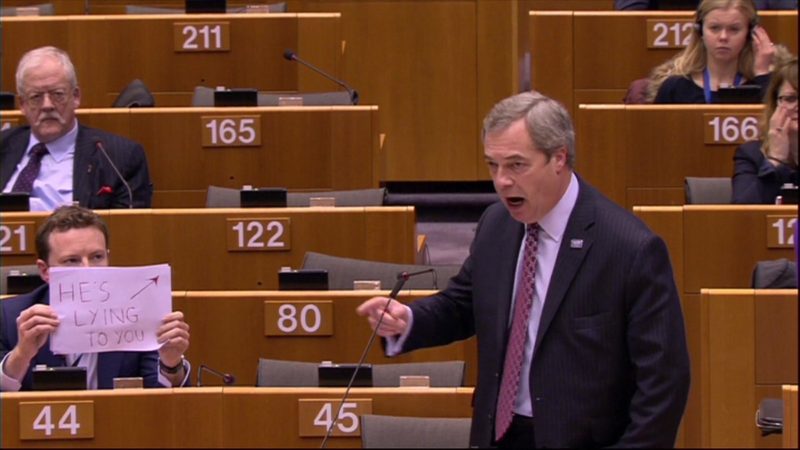 The European elections in May were not the disaster for the European left that had long been predicted. The Socialists and Democrats remain comfortably the second largest group in the parliament and some of our sister parties, notably in the Netherlands and Spain, won convincing victories. Nevertheless, the results showed once again that the traditional parties of the mainstream left have to do much more to see off the threat of the xenophobes and populists and to realise the dream of fair, green and socialist Europe.

The nationalists and far-right parties did not, in some cases, live up to expectations, but from Nigel Farage and the Brexit Party here to Matteo Salvini’s League in Italy, people too often put their trust in wreckers and charlatans who simply do not care about the future of our planet and the wellbeing of ordinary working people. My colleagues and I will continue to call these people out in the European parliament, but we must also be much bolder in setting out a radical alternative to their narrow-minded, hate-filled vision.

The experience of the Labour Party here in the UK, and our friends in the French Socialists and German SPD, must serve as a reminder to us all that no party, whatever its history and past record of achievement, has the right to win. In the UK, of course, we were worst affected by voters deeply unhappy with our Brexit stance turning, largely, to the Liberal Democrats. In all three cases, however, the traditional left-of-centre parties haemorrhaged votes to Green parties too.

Many people, particularly the young, were drawn to internationalist parties, committed to the devolution of power and finding radical solutions to the climate emergency. These are the voters we must win back if we are to arrest the decline in our fortunes. For our Labour Party, that must mean adopting a policy of ‘Remain and reform’ – a public vote on any Brexit outcome, in which our party campaigns to remain then work with our friends and allies across the continent to build a better Europe.

The Party of European Socialist’s manifesto for the European election provided an excellent framework on which we can build: a truly progressive plan including a green new deal, the full implementation of the UN’s sustainable development goals by 2030, and an insistence on binding social and environmental standards, human rights, consumer protection and workers’ rights in all future trade agreements signed by the EU. I was proud to stand on this platform in May and will join colleagues in fighting for this agenda at every opportunity.

Unfortunately, as has happened all too often in the past, the European elections became a proxy vote on domestic matters or a protest vote against dissatisfaction with the policy of current governments. The UK was perhaps the most glaring example of this, but similar stories can be told across Europe. Too often in the past politicians, including on the left, have been quick to pin the blame for a domestic policy failure on Brussels, or to take credit for something that was in fact a European success. European legislators must shout much louder about our achievements in the EU and set out a clear positive vision for our European future.

Labour MEPs and our socialist colleagues already have a fantastic record in the European parliament securing better workers’ rights, ambitious targets to fight climate change and clean up our oceans, and leading the fight against tax avoidance. We must now redouble our efforts to prove to European voters that the great challenges of our time can only be addressed by progressives working together across the continent.

Seb Dance will be a speaker at the FEPS-Fabian Summer Conference on 29 June 2019.

Seb Dance is a Labour MEP for London.

View all articles by Seb Dance