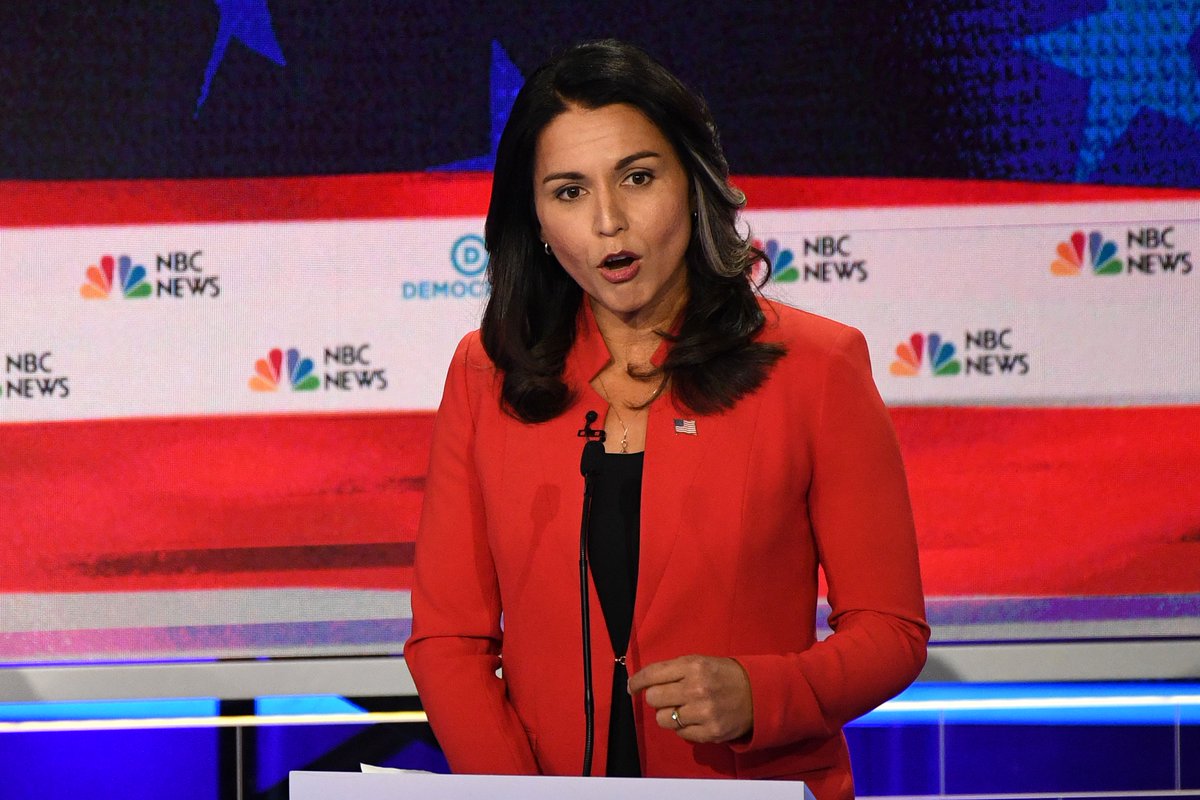 The misinformation campaign is already in full swing as the Drudge Report, ably and abetted by other fringe ‘news’ outlets declare fringe candidate the winner of last night’s Democratic Debate.

The conservative Drudge Report’s instant poll shows Rep. Tulsi Gabbard(D-Hawaii) as the biggest winner of the first night of the Democratic presidential debates, with nearly 45 percent of the vote just after 8:00 a.m. Thursday morning.

At the bottom of the poll are former Rep. Beto O’Rourke (D-Texas) and Sen. Cory Booker (D-N.J.) with less than 4 percent of the vote.

As for The Hill, they seem to think Google Trends matter, posting this most searched list.

Others were a bit more circumspect.

Drudge report poll Shows Tulsi Gabbard won the #DemDebate. I care about that poll as much I care about seeing a poll from Breitbart, the Klan or Neo Nazis. (redundant, I know)

They just tweeted it again because Gabbard drives internet hyperactivity which is also why she did well in Drudge’s useless survey.

But The Hill is really showing its cards here: Traffic is apparently far more important than informing the public.

How the debate lands will depends on it’s covered. We won’t have good data for a few days.https://t.co/iDPMfJU3qv

It’s not a thing.

EDITOR’S NOTE: Full disclosure, we note that Tulsi Gabbard is in second place in our highly unscientific snap poll as well.