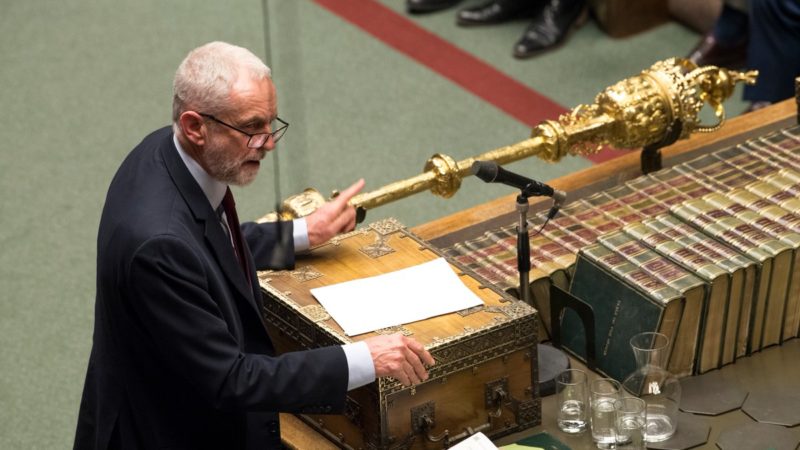 Over 140 Labour parliamentarians have signed a statement calling on Jeremy Corbyn to take action against Chris Williamson, the MP for Derby North whose suspension from the party was lifted by members of the ruling body on Wednesday.

Led by deputy leader Tom Watson, 83 Labour MPs and 61 Labour peers are demanding that Corbyn “show leadership” on the issue. They have asked the Labour leader to request that the national executive committee (NEC) decision be overturned and to remove the whip from Williamson “immediately”.

The decision to issue Williamson with a formal warning rather than refer his case upwards to Labour’s national constitutional committee (NCC) was made by a panel of three NEC members. Labour MP Keith Vaz and local party representative Huda Elmi voted for Williamson to be readmitted, whereas George Howarth MP voted against.

LabourList understands that the full disputes panel – which meets in two weeks – can choose to reject the decision made, though cannot take itself take a decision on the case. It could either refer it again, to be heard by a different panel, or push through a rule change and allow the full NEC to hear the case.

Williamson was suspended from the party and the whip was withdrawn in February. The action was taken after footage emerged of Williamson telling a Momentum event that Labour had been “too apologetic” about antisemitism within the party and “given too much ground”.

Update, 6.45pm: Keith Vaz, who voted for the decision, has written to general secretary Jennie Formby arguing that it should be reconsidered.

Below is the full text of the statement so far signed by 144 Labour MPs and peers.

We cannot overstate the depth and breadth of hurt and anger felt about the readmission of Chris Williamson into the Labour Party and the questions that arise about the fairness of the process.

The officer recommendation – that Chris Williamson should be referred to the National Constitutional Committee for action – was ignored by the members of the NEC panel. That the composition of that panel was changed at short notice seems highly irregular.

Justice needs to be seen to be done and this process has not done that.

Given that the Labour Party is being investigated by the EHRC over allegations of institutional antisemitism this case is particularly important.

It is clear to us that the Labour Party’s disciplinary process remains mired by the appearance of political interference. This must stop. We need a truly independent process.

We call on Jeremy Corbyn to show leadership by asking for this inappropriate, offensive and reputationally damaging decision to be overturned and reviewed.

Ultimately, it is for Jeremy Corbyn to decide whether Chris Williamson retains the Labour whip. He must remove it immediately if we are to stand any hope of persuading anyone that the Labour Party is taking antisemitism seriously.