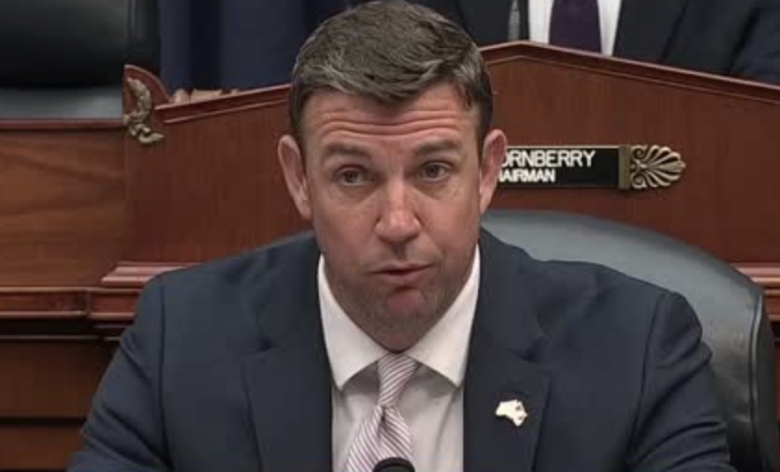 Duncan Hunter, the embattled Congressman from California who is facing a lengthy prison sentence if he is found guilty of even a scintilla of the 60 charges he was indicted on late last year, may be in even more trouble. He has had a bad month. First, his wife flipped and may be testifying against him during his trial in September of this year. Then, he admitted to killing numerous civilians while serving in the military. And just yesterday news broke that he used campaign funds to pay for numerous affairs.

Today, even more disturbing allegations came out. An ex-GOP staffer alleges that he sexually assaulted her during a National Republican Congressional Committee dinner in 2014.

Rory Riley-Topping (that is her real name) disclosed this information during an interview with Kremlin owned Russia propaganda network RT. When asked to describe the assault, this is what she said:

“Duncan Hunter had clearly appeared intoxicated and came up to me and said he wanted to speak to me about Agent Orange, which was an issue the committee was dealing with at the time. He leaned into me very closely and said, ‘No, I want to talk to you,’ and I felt very uncomfortable and tried to back up and he reached around and put his hand on my behind and said, ‘Let me give you my cell phone number.’”

Duncan Hunter and his wife are facing numerous charges, including conspiracy, wire fraud, and falsification of records after allegedly spending over $250,000 of campaign funds on personal expenses.

On Monday the defense filed a motion to dismiss the initial charges, to which prosecutors responded that they wanted to share with the jury details about how Hunter used campaign funds to “pay for Ubers, bar tabs, and expensive getaways he used to woo five D.C. women into “intimate” extramarital relationships. “

“All of the women with whom Hunter pursued these relationships were involved in politics in some manner, and Hunter sometimes met or socialized with them in professional settings. Evidence of the intimate, entirely personal quality of Hunter’s specific encounters with these women is essential to demonstrate that his spending to facilitate those encounters was improper.”

Unlike the women Hunter had affairs with, this was not consensual. Riley-Topping states that she pushed Hunter away and called former Congressman Runyan, asking him to “please get me out of here.”

If Hunter keeps it up he may be able to secure the GOP Presidential nomination in 2024. He is well on his way to being Trump 2.0.