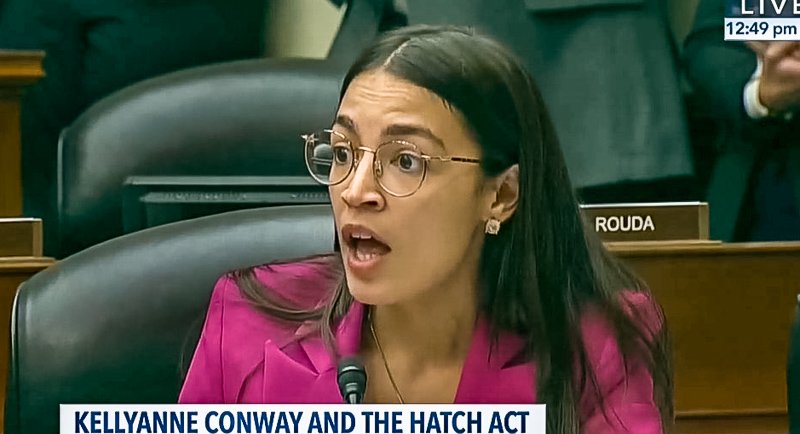 At a House hearing on Conway, Ocasio-Cortez presented a video detailing the ways in which the White House aide violated the Hatch Act by attacking Democratic candidates from her official government position.

“Even Sarah Huckabee Sanders acknowledges the bars in the Hatch Act,” the congresswoman explained. “I think this right here gets at the core of what we’re talking about today, is that this is not even partisan because members of Trump’s own administration do not violate the law, this law to the extent that she does.”

“Frankly, when she doesn’t show up to her own congressional hearing today, she’s not just disrespecting Democrats, I don’t mind. That’s something she does on TV every day,” Ocasio-Cortez continued. “She disrespects every Republican member of this body and disrespects the power that each and every single one of us has. ”

According to Ocasio-Cortez, Conway’s violations “tap into a deeper narrative” about the Trump administration.

“They believe that the rule of law only belongs and applies to some people and not others,” she stated. “This is a pattern about some people being subject to the rule of law and others not. And when that happens, there is no rule of law at all. At all. And that’s why it’s important that we make sure that everyone is held accountable.”