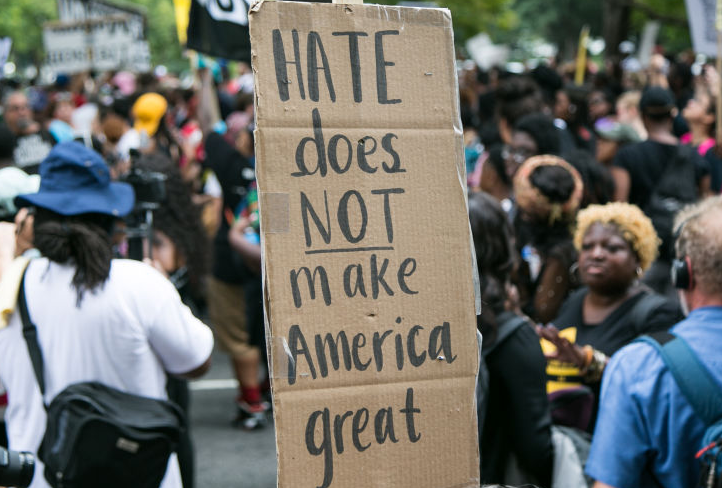 Like in the UK, the racist hardliners pushing for Brexit used lies, nationalism, fear and loathing to help turn the country towards isolationism and racism. Trump is doing the same.

It’s not like we didn’t now this, but now it’s showing up in polling data.

In a disturbing new poll, the Public Religion Research Institute finds that “while at least two thirds of Americans oppose allowing small business owners to refuse products or services to minority groups based on their religious beliefs, a small but increasing proportion of Americans think it should be permissible to turn away customers based on their sexual orientation, gender identity, religion, or race.”

And of course the rise in hateful conduct and attitudes comes from Republicans.

But if you watch Fox News, only Reps. Ilhan Omar and Alexandria Ocasio-Cortez are the anti-Semites.

Religious freedom is a crock that Evangelical leaders like James Dobson, Jerry Falwell Jr., and Pat Robertson have been orchestrating for decades to discriminate against anyone who isn’t white, male, and Christian.

It’s religious hegemony over the Constitution. As Rubin states, it’s “domination of their own religious beliefs over everyone else.

Frauds like Rand Paul and his father before him tout free markets over racial discrimination at all times, but Ron Paul was a Bircher and Rand Paul only loves free markets when they benefit white folks.

And now that Trump is spewing bile at monstrous rates, it’s a byproduct of his reign.