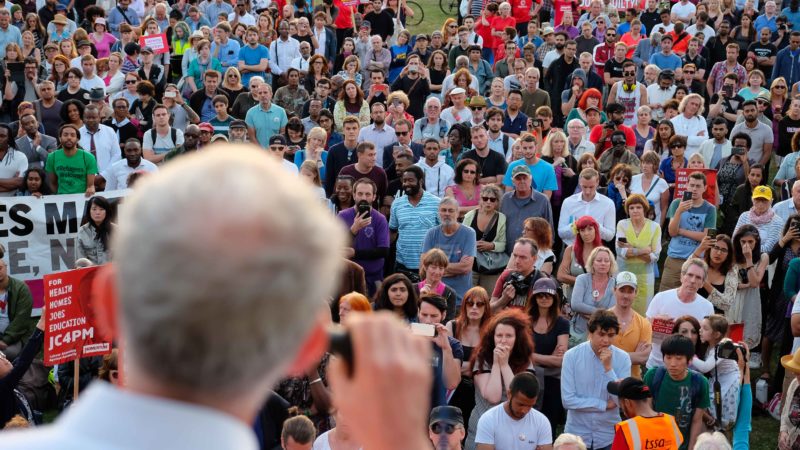 Over the past week, Labour members will have been somewhat bombarded by claim and counter-claim concerning what will happen to the party if it supports Remain in a second referendum. Tom Watson released a rebuttal to a leaked shadow cabinet briefing and predicted the party would “become electoral history” unless it backed Remain. Caroline Flint appeared on The Andrew Marr Show on Sunday to suggest that the party would lose around 40 seats across its heartlands to the Brexit Party, with few if any losses to the Lib Dems. So, who’s right?

Let’s start with fundamentals. In 2017, Labour achieved 40% of the vote, winning 262 seats in the process. As of now, the party stands at somewhere between 20% and 25% in the polls. In other words, it has lost between a third and a half of its vote share since 2017. All things being equal, if a general election was held tomorrow, on this basis the party should expect to lose seats. Strictly speaking, both Caroline and Tom are right: as things stand, the party is losing seats.

But the words “as things stand” are doing an awful lot of lifting in that prediction. In order to be able to project how many seats any party would win at a general election, we must start with current polling. And yet current polling is about as volatile as it has ever been. Not only has Labour lost almost half its vote share since 2017, the Conservatives have lost the same or more of theirs. We’ve also just emerged from the European elections. In the last three weeks alone, Labour, the Conservatives, the Lib Dems and the Brexit Party have all polled roughly between 15% and 25% respectively. Which means seat projections change with every poll, and which in ways means even the best of projections should carry health warnings.

In such a state of flux, it’s almost impossible to seize the mood of the country in a single moment and project forward. Anyone trying to capture those shifting sands will find it slipping through their fingers. The hope would be that the polls settle down, as they often do, but we are yet to see that. It’s an almost uniquely difficult time at which to make accurate projections as to which seats Labour would lose in a general election. Anyone who smothers this complexity with bold claims regarding which seats the party would lose should be treated with something akin to disdain. I’d advise giving such assertions a wide berth at the very least. I should know; I’m supposed to do such things for a living.

Nor does the complexity end there. We don’t really know how votes will move should Labour come out in support of campaigning to Remain in a second referendum. Assumptions are made that Labour will draw back some of the votes it has lost to the Lib Dems or Greens. But that assumes that: a) Labour’s position on Brexit is the only reason people vote for the party; b) voters are paying attention; c) voters will believe Labour’s change of heart is genuine, coming as it would after two years of mixed messages and constructive ambiguity; and d) everything else remains the same – there are only gains apparently. I’m cautious about each of those assumptions and so should the party be. It may very well pick up support from the Lib Dems or Greens. Whether it also loses support to the Brexit Party or Conservatives remains to be seen. I’m cautious either way.

Having said all that, I think we can be fairly sure that four-party politics is here to stay in the short-to-medium term at least. Disaffection with the two major parties and continuing dissatisfaction with the handling of Brexit more generally provides an opening for the smaller parties. At the same time, a vote of no confidence is likely to follow the election of Boris Johnson as the next Conservative leader and/or the government is unlikely to agree any deal to leave the EU before the October 31st deadline. Either could precipitate the onset of a general election in coming months, so the party will likely need a strategy like it or not.

That is what should be occupying the thoughts of MPs, regardless of what the party decides on Brexit. If we assume both Labour and Conservative vote shares in a 2019 election would be down markedly from 2017, the road to a majority at the next general election is difficult for either party. It could happen: Corbyn and Labour surprised us all last year. However, all things being equal, a working majority for any party appears the least likely option. Instead, the party may need to countenance a defensive strategy in the hope that it loses as few seats as possible and is granted permission to form a minority government as the largest party. In 2017, some parts of the party were unhappy with a defensive strategy and felt a more optimistic approach would have won even more seats. I’d expect these debates to be played out again.

Regardless of which strategy the party chooses, a contest with four significant parties should mean results within seats will be tighter than in 2017. Losing votes to the Brexit Party whilst regaining votes from the Lib Dems, or vice versa, will act upon seat outcomes in multiple ways. There will be a lot of seats, as things stand, which will be won with around 30% of the vote in a general election held this year. As the smaller parties eat away at the vote share of Labour and the Conservatives, the winning number in each seat they hold falls. The party will need the best intelligence available to be able to determine which seats it resources and why. Some MPs appear to know what will happen. I’m here to say they don’t. 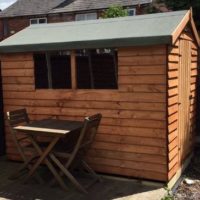 Ian Warren is the shed-dwelling co-founder of Centre for Towns.

View all articles by Ian Warren