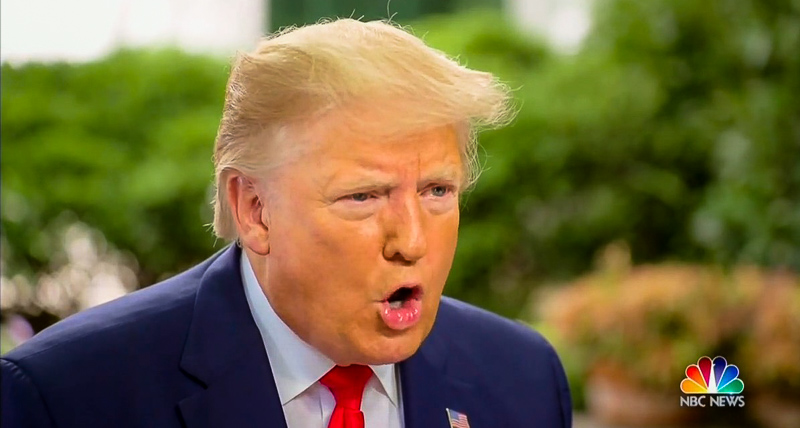 Donald Trump recently praised National Security Adviser John Bolton for being a “hawk” who would “take on the whole world at one time.”

In an interview that aired on NBC on Sunday, host Chuck Todd asked Trump if he is being pushed into military action in Iran by his advisers.

“John Bolton is an absolute hawk,” Trump agreed. “If it was up to him, he would take on the world at one time.”

Trump also insisted that he was personally “against going into Iraq” when the U.S. invaded under President George W. Bush.

“I was a private citizen,” he recalled. “I was against going into the Middle East.”