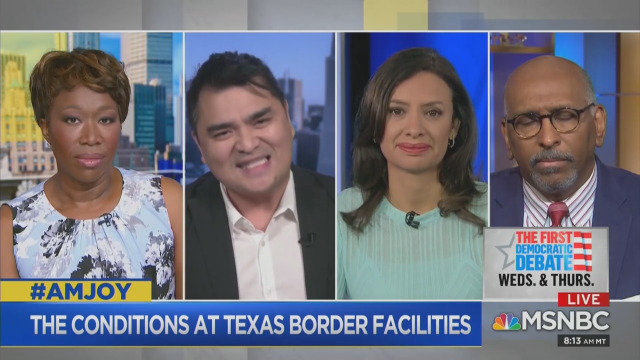 Did an illegal alien just call on US citizens to intervene in the lawful arrest of other illegals? Sure sounds like it.

Vargas didn’t specify exactly what kind of “risks” he wanted US citizens to take to “protect” and be a “sanctuary” for illegals being arrested. But it certainly sounded as if he was calling on citizens to do something to interfere with arrests. It could result in violence. Such interference would constitute a crime under federal and state law.

Note that Vargas was calling on people to interfere with legal arrests. He posited that the people being arrested “don’t have any” papers: i.e., that they were illegally in the country and duly subject to arrest and detention. He thus gives the lie to the claim that liberals want to protect our borders and stop illegal immigration. Clearly, people like Vargas and his political/media echo chamber are opposed to even the entirely legal and proper enforcement of our immigration laws.

In introducing Vargas, Joy Reid made the laughable claim that “you yourself face this fear every day” of being arrested as an illegal alien. Really? Then why does Vargas have the chutzpah to appear on TV often and with impunity, to write a book flaunting his illegal status, and even, as our Tim Graham recently noted, to have a public school named after himself?

It does raise the question, though: why aren’t there ICE agents waiting to greet Vargas upon his exit stage left?